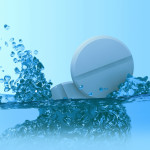 NHS trusts around the UK are asking people to work for nothing – and dozens of adverts for unpaid positions have been discovered for roles that normally come with salaries of over £19,000. Is this austerity – or exploitation?

An investigation by the Sunday Mirror found that the NHS Jobs website showed 32 “honorary” and voluntary posts including in maternity and mental health, last week alone. Labour has called the situation “a scandal” while unions say it proves that the Tory Government is trying to run NHS services on the cheap.

Other unpaid NHS jobs advertised include occupational therapists, hospital receptionists, admin assistants, counsellors, drivers and even gardeners. Interns are often asked to perform roles for six months in the hope they get offered permanent positions at the end. One 26-year-old graduate said:

“I don’t know how the NHS can get away with asking people to work for nothing.

“These jobs have always been paid positions in the past but for some reason they are not now.”

It is unclear how the NHS expects those who take these roles to support themselves while they work unpaid, how they feel the positions fit with the National Minimum Wage law, or whether they feel these roles are truly accessible to all. Shadow health minister Diane Abbott said:

“It’s a scandal. If these ‘volunteers’ are properly trained they are being exploited. If they are not trained, patients are being put at risk.

“This abuse of volunteer labour reveals the desperate cash crisis in the NHS. This Tory Government should be ashamed.”

The public services union Unison, which represents thousands of healthcare workers, said the recruitment of volunteers underlined the scale of the financial crisis facing the NHS. Unison’s head of health Christina McAnea said:

“There is a huge difference between volunteers distributing newspapers or visiting patients and being asked to do actual jobs, with set hours and tasks, for free. It is wrong to exploit people in such a mean and underhand way.”

Health chiefs insist volunteers are not directly involved in treating patients, but many of the roles involve caring for vulnerable individuals.

*HAVE YOU WORKED FOR THE NHS FOR NO PAY?
What role were you doing – and why did you take it? Is there a difference between volunteering and a job that should be paid? How widespread is the use of unpaid workers in the NHS – and do you feel it is a problem? We’d love to hear your views…