UGH! 2 in 3 young women have been sexually harassed at work 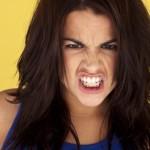 Nearly two thirds of young women have experienced sexual harassment in the workplace, according to shocking new figures released today. While more than half (52%) of all women report been victims of unwanted sexual attention at work, the figure is even higher for women aged 18-24. The joint study by the Trades Union Congress and Everyday Sexism Project found that 63% of young women have experienced incidents of that nature.

There are many reasons why young women may be particularly vulnerable. Perhaps it’s because they are more likely to be in low-paid, precarious work, where managers award shifts and overtime to certain staff over others. Or perhaps, being nearer the start of their career, younger women have a greater fear of being labelled a troublemaker or whinger. Or, with little prior experience of other workplaces (where this is not the norm) they may not realise until later that their boss or colleague’s behaviour is unacceptable and not just ‘banter’. The research revealed:

At Graduate Fog, we are alarmed to learn of the scale of the problem. But we are less surprised to find that younger women are more likely to be victims. We’ve heard anecdotal evidence that in smaller firms, teams are often poorly supervised, leaving junior female staff members exposed to a sexually charged work environment that more senior managers may be unaware of. One female reader told us this about her first job after university:

“The general office conversation was regularly of a sexual nature, and my female co-worker and I were regularly called ‘sluts’ by our male colleagues. There was a general air of misogyny. For example, we were a sales team, and when male colleagues had a bad phone conversation with a women who didn’t want to buy, they would call her a ‘slag’ after they put the phone down. When I once said I thought the comments weren’t appropriate, I was labelled a ‘feminazi’. It wasn’t until I moved to my second graduate job – with a much nicer firm – that I realised quite how bad my previous workplace had been.”

In a joint piece in the Guardian, Frances O’Grady (TUC secretary general) and Laura Bates (founder of the Everyday Sexism Project) wrote:

“More than half of all women and nearly two-thirds of women aged 18 to 24 said they have experienced sexual harassment at work. This includes being subject to unwelcome sexual jokes (32%) or sexual comments about their body or clothes (28%). Nearly one in five women have experienced unwanted sexual advances — with one in eight being touched intimately or kissed against their will.

“And far from being a problem that is diminishing, something that used to happen in the shops and offices of the 1980s and 90s, younger women are now more likely to be subjected to sexual harassment. Often this is because younger women are more likely to be in low-paid, insecure work. Previous TUC research has shown that women without job security feel less able to take action against a colleague or employer because they fear retaliation such as having their hours drastically cut.”

It is clear that this problem needs urgent attention and employers must do more to ensure their female staff members do not feel victimised at work. We are also mindful that some of the most vulnerable young female workers will be unpaid interns. And we are reminded of a warning by a UK lawyer who told us back in 2013 that unpaid interns may have less legal protection against sexual harassment, as they are not considered ’employees’.

*HAVE YOU EXPERIENCED OR WITNESSED SEXUAL HARASSMENT AT WORK?
What happened – and did you report it? Why do you think younger women are more vulnerable than older women to sexual harassment in the workplace? And what should be done to clamp down on it?