What does the NUS actually do? 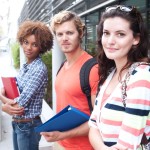 There was a time when the National Union of Students (NUS) was a force to be reckoned with, campaigning hard on core issues affecting UK students. But is it still? Or is it now just a glorified discount card?

A growing number of students and graduates have raised concerns that the NUS is failing to deliver on core issues for its members, including whether universities are delivering value for money for the tuition fees being charged. Others say the organisation has become preoccupied with issues beyond its remit, and must reassess its priorities immediately.

As Graduate Fog operates on the fringes of the student community, we are not best placed to judge the NUS’s overall activity. But we do know it has been astonishingly ineffective on unpaid internships, an huge concern for almost all students and graduates.

And we can’t remember ever hearing an NUS representative speaking publicly about whether university courses deliver value for money – surely another core issue for pretty much everyone who attends (certainly a major topic of discussion on Graduate Fog). So we think it’s time to ask: What’s going on at the NUS?

In the last six years, Graduate Fog has been busy naming and shaming dozens of employers who we have discovered paying their interns less than the minimum wage. Our friends at the pressure group Intern Aware have appeared on countless radio and TV debates and continue the backstage battle to lobby MPs to support the campaign in Parliament. And we’ve done all this on a shoestring budget (often working unpaid). What has the well-funded NUS done in this time? They’ve launched a poster. In 2012. Since then, we have seen no activity whatsoever. Zero.

This is concerning. Of course, the NUS could argue that unpaid internships are a graduate issue, not a student issue… Err… but what are graduates, if not former students? And there are things the NUS could do to help, like pressuring careers services to inform students about interns’ rights to pay, and why the broader campaign is so important (it’s far easier to reach you en masse before you graduate than afterwards (when you disperse).

Furthermore, although unpaid internships have so far been more of a problem for graduates than undergraduates, we know from our readers that unpaid work is now becoming a large element of many degree courses which – yes – students are paying tuition fees for. This raises the question: Why are so many young people paying their university for the privilege of being sent off to work for a private company for free? This is just one element of the NUS’s core turf that we think they are failing to cover.

So today we’d like to ask you (as students and recent graduates), what do you think of the work the NUS is doing? Are they focussing on the issues that matter most to you? Has the organisation lost its way? Do share your views below – thank you!