How far would you commute to work every day? 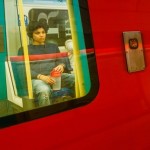 How long is your daily commute? Or, if you’re job hunting, how long would you be prepared to spend travelling to and from work every day?

The number of employees with daily commutes of two hours or more has shot up by nearly a third (31%) over the past five years, according to new analysis published today by the TUC to mark Work Wise UK’s Commute Smart Week.

The TUC believes the increase in travelling times may be explained by stagnant wages combined with soaring rents and high house prices leaving many workers unable to move to areas closer to their jobs. A lack of investment in roads and railways may also be increasing journey times. (The UK is bottom of an OECD league table on transport infrastructure spending.) 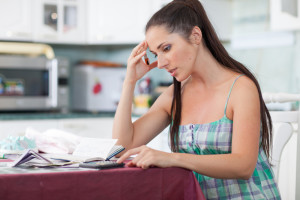 FEELING SQUEEZED? Rent is expensive – but so are train tickets. So what’s the solution?

“None of us like spending ages getting to and from work. Long commutes eat into our family time and can be bad for our working lives too.

“Employers cannot turn a blind eye to this problem. More home and flexible-working would allow people to cut their commutes and save money.

“But if we are to reduce the pain of traffic jams and train delays, ministers need to invest more in public transport and our roads. Next week’s Autumn Statement is the perfect opportunity to do this.”

“Long commutes have become a part of the UK’s working culture. The excessive time spent commuting is one of the main factors contributing to work-life balance problems.

“Not only is the amount of time commuting an issue, the 9 to 5 culture with its peak travel times generates congestion on railways, underground and road networks and as a consequence, increases stress for commuters.

“Clearly the government, public transport providers and employers must do more in order to address the major negative impact on the UK’s economy and lost productivity.”

Graduate Fog knows that young workers who live far from major cities are often among the most squeezed workers, struggling with the puzzle of how best to get to work. Our readers regularly complain that their salary is not high enough to allow them to rent a room near their workplace, but long daily train journeys are increasingly expensive too.

How much does it cost you to get to work – and how long does it take? Or, if your job hunting, is the distance from your home a factor in which opportunities you apply for?