Pret a Manger internships are outrageous – but politics, media and fashion ones are fine? We’re confused 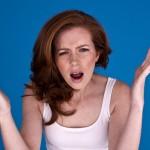 THE TOPSY-TURVY LOGIC OF PAYING YOUNG PEOPLE FOR THEIR LABOUR

An unpaid ‘work experience’ scheme by Pret a Manger was slammed at the weekend – the public backlash was so strong that the sandwich chain was forced to perform a U-turn and pledge that the 16- to 18-year-olds who take part will be paid for their work after all.

While Graduate Fog was pleased to see this – and impressed by Pret’s swift correction of this error of judgement – we were left a little puzzled. (No doubt many of our graduate readers were too). After all, many of you are doing unpaid, graduate internships involving far more skilled work and of a much greater length (months, not weeks), particularly in politics, media, fashion and charity. Yet stories about these rarely attract the press coverage and public attention the Pret a Manger internships story received. When the employee is young, is low-skilled work somehow considered more worthy of pay than higher-skilled work?

As this website’s founder Tanya de Grunwald told the Guardian, the best way to teach young people about the value of work is to pay them a wage for their labour. Not only is this the law, but to do anything less risks distorting young people’s attitudes to work, and skewing their understanding of the responsibilities that an employee and employer have to one another. Pay clarifies this relationship, setting clear expectations on both sides. At Graduate Fog, we believe this should be the case whether the worker is making sandwiches for Pret a Manger, running Oxfam’s social media channels or writing stories for a national newspaper.

Yet the Pret a Manger internships story, involving younger workers (16-18), doing shorter placements (2 weeks) and less skilled work (including making sandwiches) clearly caught the public and press attention more than any stories we have seen recently about graduate-level unpaid internships. Why was this? Is low-skilled work somehow more obviously worthy of pay – while higher skilled work can be viewed as a learning experience? Or did the press and the public simply jump at the chance to make an example of Pret a Manger? We’d love to know what you think, so please throw in your thoughts below…

How do you explain the backlash against Pret a Manger’s work experience placement, when tens of thousands of graduates are doing far more skilled work for free?