Did Corbyn lie to graduates over pledge to scrap student debt? 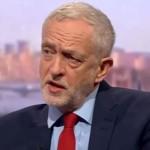 LABOUR LEADER NOW SAYS HE PROMISED TO ‘DEAL WITH IT’, NOT SCRAP IT

Jeremy Corbyn has insisted that he never promised to scrap student debt, despite saying he would ‘deal with it’ during the General Election campaign.

The news is likely to disappoint thousands of UK university graduates, who may have understood that Corbyn was stating that their existing debts would be written off if his party won the election.

The Labour Party manifesto included a pledge to abolish tuition fees, but never confirmed it would write off all existing student debt, which would cost an estimated £100billon.

However, days before the election, Corbyn appeared to make an explicit offer to help the cohort of students who enrolled after the cap on fees was raised to £9,000 in 2012, telling the NME:

“I don’t see why those that had the misfortune to be at university during the £9,000 period should be burdened excessively compared to those that went before or those that come after. I will deal with it.”

But on yesterday’s The Andrew Marr show, Corbyn said:

“I did not make a commitment we would write it off because I couldn’t at that stage. I pointed out that we had written the manifesto in a short space of time because there was a surprise election but that we would look at ways of reducing that debt burden, recognising that a lot of it is never going to be collected anyway. We never said we would completely abolish it because we were unaware of the size of it at the time.”

* DID YOU VOTE FOR CORBYN BECAUSE YOU THOUGHT YOUR DEBT WOULD BE SCRAPPED?
Or did you understand this was unlikely to happen? Has it changed the way you feel about Labour, or will you still vote for Corbyn if another General Election is called soon? Have your say below…