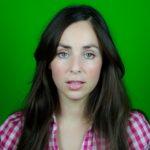 ** QUIT YOUR JOB – AND BEING CHASED FOR ‘TRAINING’ MONEY BY YOUR OLD EMPLOYER? GRADUATE FOG CAN HELP! CONTACT US HERE **

Legal experts have warned that training repayment clauses are leaving graduates feeling ‘locked in’ to jobs they can’t afford to quit, because they have signed contracts which state they must repay up to £21,000 if they choose to leave before an agreed period of time.

The issue was brought to light when the Guardian followed up a Graduate Fog exclusive about a well-known employer demanding that applicants complete up to four months of unpaid training in the hope of being offered a paid place on their graduate programme. After that story broke, dozens of graduates on training programmes with reputable firms have complained that they feel ‘locked in’ to roles they now wish to leave, as they have been told that despite their training being billed as ‘free of charge’ or included in their role, they must repay up to £21,000 if they choose to quit the firm before an agreed period of employment.

The firms in question (which Graduate Fog is not naming here for legal reasons) told the Guardian that the fees are to reimburse them for training costs – but graduates say the amounts demanded are far too high, especially in cases where the quality of training is disputed.

One former graduate trainee told the Guardian that he expected to be slammed with a huge bill for training reimbursement if he decided to quit, despite insisting the course was “absolutely useless”. He added:

“All you get is academic textbooks to read. Anyone expecting a hands-on approach would be disappointed. I was offered a few opportunities by other graduate schemes and companies [during the firm’s training] but I refused them as I was under the threat of a liability to pay £21,000. I thought at the end of it how foolish I was.”

Another former trainee said that they had decided to leave after just over a year of working for the same firm and had also been asked to pay about £21,000. After protesting, the trainee ended up without her last month of pay, or about £1,200. “I think they knew I was vulnerable as I started as a graduate,” the trainee told the Guardian. The trainee sought a new job after finding they were being used to “fill HR gaps” rather than being given roles suitable to her training.

The firm in question said that it now charged £13,000 to trainees who wanted to leave before completing their training and two years of work. It said it had previously charged different rates depending on the role involved.

Graduate Fog is shocked to hear about the rise of ‘lock in’ clauses involving such large sums of money. It seems grossly unfair to trap young workers in jobs they want to leave simply because they can’t afford the penalty charge they’ll be slammed with if they quit.

We strongly suspect that graduates who sign contracts including these tough repayment terms do so without seeking legal advice first, either assuming that such terms are the norm, or simply hoping that the job will work out and they’ll never have to worry about it.

But even with the very best employers, it’s a fact of life that a given percentage of graduates will find that their first graduate job after university won’t be quite what they expected, and they’ll need the flexibility to change their plans if that happens. 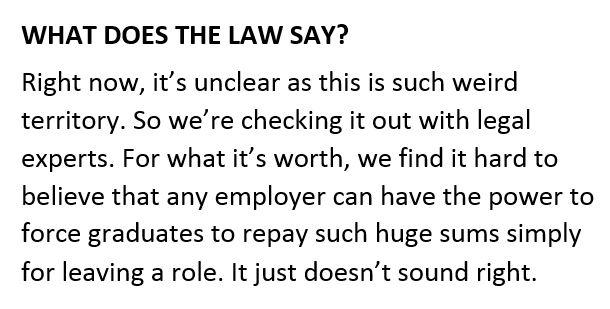 It is Graduate Fog’s opinion that big companies can more than afford to shoulder the risk that a small number of their graduates won’t want to stay on.

Although employers may use financial incentives to encourage graduates to stay on after their training period, it is our opinion that no penalty charges should ever be made retrospectively to those who choose to not to, for the simple reason that these will unfairly penalise graduates from poorer backgrounds, locking them into jobs they no longer want to be in.

We also suspect that as the existence of these training repayment clauses becomes better understood by graduates, those from poorer backgrounds are unlikely to even apply to employers who include them in their contracts. Think about it: Would you apply to a firm if you knew they’d slap you with a £21,000 fine if you later decided the job wasn’t for you? Because we wouldn’t… 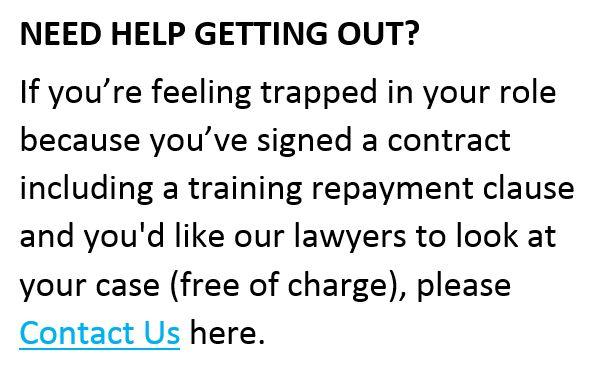 Would you sign a contract that included a training repayment clause, or would it put you off from even applying to that company? Does it depend on the sum, and the quality of the training you receive? We’d love to hear your views, so please post them below…