Are uni bosses using YOUR tuition fees to boost THEIR pay packets? 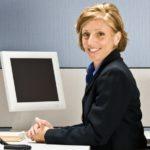 The vice-chancellor of Oxford University has angrily denied that your tuition fees are being used to fund soaring executive salaries within higher education institutions, claiming wages for senior positions are in line with the “global marketplace” and are even higher in the United States. The Oxford exec’s own salary is £350,000 per year.

Speaking at the Times Higher Education’s world academic summit on Monday, Professor Louise Richardson insisted tuition fee rises were introduced to make up for shrinking public subsidy and there was no link between the growth in fees and the growth in the salaries of senior university executives, some of whom earn up to £451,000 per year.

In recent weeks, politicians and the media have raised increasingly awkward questions about the normalisation of private-sector style ‘fat cat’ pay levels in the university sector, where those at the top appear to receive disproportionately higher salaries than those below them, including lecturers, tutors, researchers and other junior academic staff.

But Richardson insisted the anger directed at her and senior colleagues was unfair, saying:

“We have been getting a rough ride lately, and certainly some mendacious media and tawdry politicians seem determined to do their utmost to damage one of the most successful — and globally admired — sectors of the British economy.”

After pointing out that some American university bosses earn up to £1.5m per year, she added:

“I think this is just the politicians, and I wish they wouldn’t do it, not because it’s embarrassing for me or my colleagues but because it’s damaging.

“Why would you want to try and damage what is one of the most successful aspects of the British economy? The calibre of university education is something that should be celebrated on a daily basis – not just trying to drag it down by making spurious correlations between fees and salaries.” 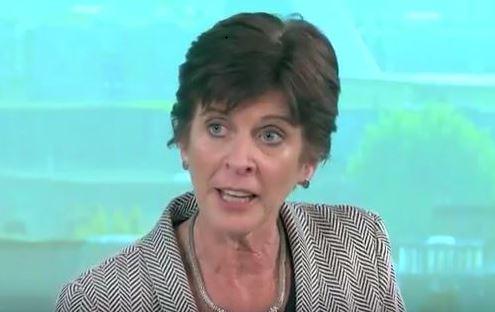 Richardson’s comments come a few months after the University and College Union (UCU), which represents academics, said the latest available figures showed the average salary for a university vice-chancellor in the UK was 6.5 times that of the average member of staff at their institution and the former’s pay had grown faster than that for academics in recent years. The UCU’s general secretary, Sally Hunt, said:

“Soaring senior pay in UK universities has long been an embarrassment for the sector, and previous calls for restraint have fallen on deaf ears.”

Richardson did not name the specific politicians or media outlets she was criticising. But the universities minister, Jo Johnson, and the former Labour minister Lord Adonis — both Oxford University graduates — have been vocal in their concern about the issue.

And criticism followed comments by Nick Timothy, a former aide to the Prime Minister, who last month slammed “the university gravy train” and denounced tuition fees as “an unsustainable Ponzi [pyramid] scheme”.

In an article for The Daily Telegraph, Timothy wrote:

“Tuition fees were supposed to make university funding fairer for the taxpayer, but more than three quarters of graduates will never pay back their debts. We have created an unsustainable and ultimately pointless Ponzi scheme, and young people know it. With average debts of £50,000, graduates in England are the most indebted in the developed world.”

Universities have been warned that greater transparency over senior pay levels is essential if they are to maintain the trust of the rest of their staff, students and graduates.  Particularly as, given their age, none of these executives will have paid a penny for their own undergraduate degree.

* SHOULD UNIVERSITY BOSSES HAVE THEIR SALARIES CUT?
What do you think of Professor Richardson’s comments? Do you believe her claim that your tuition fees aren’t funding senior university executives’ salaries?