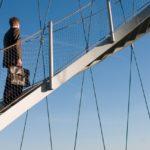 WHY ALL UNIVERSITIES SHOULD WORRY ABOUT THIS EXTREME CASE

The University of Oxford has been forced to defend its academic standards in the High Court, after a graduate claimed poor teaching resulted in him obtaining a “disappointing” low 2:1 degree, scuppering his chance of starting a lucrative career as a top international lawyer.

While the case may sound extreme, we suspect many Foggers will feel it symbolises the rising demand for universities to be accountable to students and graduates, who are paying tens of thousands of pounds in tuition fees. It also demonstrates that students and graduates are growing increasingly confident about publicly questioning whether they are getting value for money from their investment in university.

Now aged 39 and unemployed, modern history graduate Faiz Siddiqui alleges ‘inadequate’ teaching he received on the Indian specialist subject part of his modern history course at Oxford resulted in him only getting a lower upper second degree in 2000, instead of a First or a high 2:1. Siddiqui blames the situation on teaching staff being absent on sabbatical leave. He also alleges medical information about him was not submitted to examiners by his tutor.

The court also heard claims that Siddiqui’s situation had led to depression and insomnia. But other witnesses said  it was “complete speculation and fanciful” to suggest that his career had suffered as a result of his disappointing degree. Siddiqui’s lawyer told the High Court:

“Whilst a 2:1 degree from Oxford might rightly seem like a tremendous achievement to most, it fell significantly short of Mr Siddiqui’s expectations and was, to him, a huge disappointment… Mr Siddiqui has been badly let down by Oxford.”

While this case is extreme, it is our opinion that all universities should be worried about it, regardless of who wins.

At Graduate Fog, we regularly hear from graduates who are disappointed by the standard (or number of hours) of teaching, and left wondering what exactly they are paid huge tuition fees for. Years later, many struggle with depression and a crushing sense of failure.

For us, this case symbolises a significant shift in mood among students and graduates, who are starting to openly demand better value for money from their university, and accountability from those they feel have not provided a fair return on their investment. We sense a backlash is brewing. Universities should be afraid…