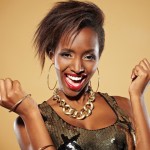 The vice chancellor of the University of Bath has quit her £468,000 a year role, following criticism that her salary was ‘shameless and outrageous’. However, Dame Prof Glynis Breakwell, the UK’s highest paid vice-chancellor, will remain on full pay until she steps down at the end of the summer term.

In recent months, a growing number of senior executives at UK universities have been accused of demanding ballooning salaries, whilst more lecturers and junior academic staff struggle on meagre wages. Meanwhile, their students are paying record sums in tuition fees, leaving graduates saddled with enormous debt as they begin their working lives.

Dame Glynis said she had “served the university to the best of my ability” and would now take a sabbatical before formally retiring in 2019. She will stay on full pay through her sabbatical and a car loan worth about £31,000 will be written off – but the university says there will be no financial payment attached to stepping down.

Former Education Minister Lord Adonis, who had called her pay “shameless and outrageous”, criticised the arrangements as allowing a “lame duck” to remain on full pay. Bath Students Against Cuts and Fees said the terms of her stepping down were “unacceptable” and that she should “leave now and without further recompense”. And in response to Dame Glynis’ departure, Sally Hunt, leader of the UCU lecturers’ union, said her “position had become untenable”. But Dame Glynis said she had raised the size and status of the university during her time in charge. As she announced she was quitting, she appeared to show no remorse or shame, saying:

“Since 2001 the university has changed dramatically. It has almost tripled in size and is now among the top universities in the UK. It has had many great achievements in its first 51 years and it will go on to be even greater.”

And Thomas Sheppard, chair of the university’s council, backed her, saying:

“Dame Glynis Breakwell has given outstanding service to the University of Bath, which has seen the university’s national and international profile grow enormously under her leadership.”

When tuition fees in England were increased to £9,250, there were accusations that universities were spending too much on their own senior leaders. The Universities Minister, Jo Johnson, had highlighted concerns about the “upward spiral” of vice-chancellors’ pay and had warned them that they needed to show more restraint. Senior executives have argued that universities must offer sizeable salaries to attract the best leaders, as they must compete with offers from private sector employers.

* SHOULD UNIVERSITY BOSSES TAKE A PAY CUT?
What do you think of the argument that universities should match salaries offered by private sector firms? Have your say below…