Should arts degrees be cheaper than science degrees? 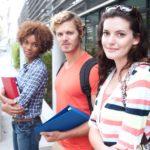 OR WOULD THIS PUSH POORER STUDENTS TOWARDS LOWER PAID CAREERS?

Arts degrees should be cheaper than science degrees, as they are less likely to lead to the highest paid jobs, it has been suggested.

In a speech earlier this week, Theresa May stunned her audience by suggesting that some BA degrees should be made cheaper to reflect the lower earnings potential of those who study them.

While there is some logic behind the Prime Minister’s idea, people soon began to point out that there also are big problems with it.

One of the most vocal critics was the former education secretary, Nicky Morgan, who voiced concerns that such a change could lead to dangerous and unintended consequences, such as poorer students deliberately choosing the cheaper degree subjects, vastly reducing their own chances of landing a high paid job after graduation. The UK would also miss out on their talents which could have been put to better use in different field, Morgan explained:

“We want everybody to feel that all careers are open to them. If those who are struggling to afford university in the first place feel they cannot do a Stem [Science, Technology, Engineering and Maths] degree because it is too expensive, ultimately it is the country that will suffer.”

This idea was one of many that appeared in a bizarre and sudden blizzard of concern from the Government about the value for money students and graduates have been gaining from their university degree. Even Theresa May admitted that students in England face “one of the most expensive systems of university tuition in the world,” and raised concerns that “the level of fees charged to not relate to the cost or quality of the course.” Yeah, no kidding! That’s only what pretty much all graduates have been saying for the last five years. The crucial questions are: Why has it taken so long for your concerns to be taken seriously, and what will happen next?

* SHOULD ARTS DEGREES BE CHEAPER THAN SCIENCE DEGREES?

Science graduates, do you feel your degree was a better investment than if you’d studied an arts subject? And arts graduates, do you resent the fact you paid the same for your degree as people who studied science and may now be in better-paid jobs than you? Graduates have a unique perspective on this important issue, so please share your views – thanks!