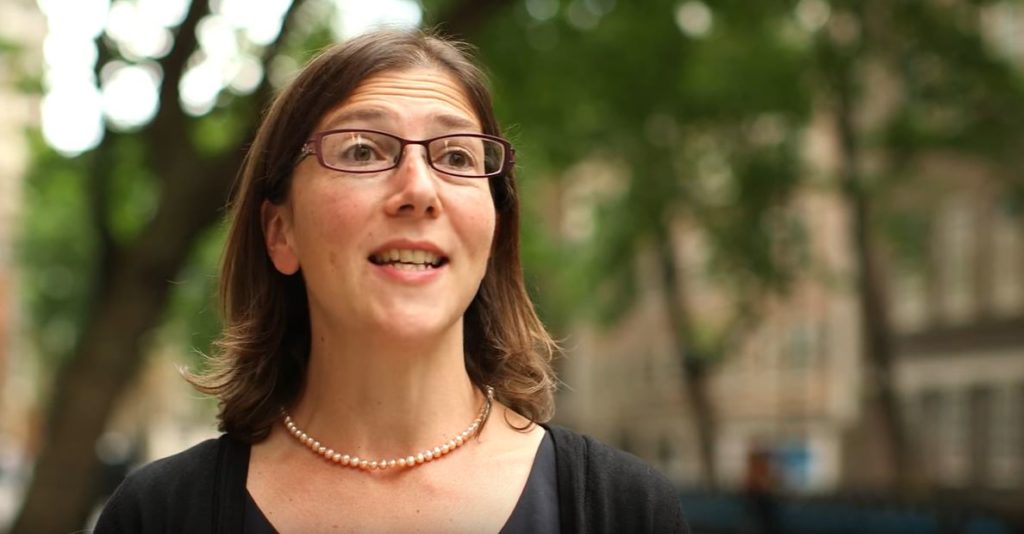 – “It’s hard for me to say no” to offers, says Lancet Global Health Editor-in-Chief, Zoe Mullan
– The roles are unpaid and unadvertised
– Comments were made during the Equality in Science Symposium, a public event at the Liverpool School of Tropical Medicine
– Confession sparks outrage among young science graduates

The Editor-in-Chief of one of the world’s most prestigious science journals has shocked graduates by admitting publicly that the Lancet Global Health runs unadvertised, unpaid internships, telling an audience: “It’s hard for me to say no” when young people offer to come in for free, even though she is aware they are often “wealthy.”

Don’t forget! Our campaign work is funded entirely by the generous members of the Graduate Fog Employers Club, our coalition of responsible employers of young people

At an event at the Liverpool School of Tropical Medicine last month, Zoe Mullan told a stunned audience that her internships are never advertised, as no “financial support” is offered.

Admitting it was unfair, she claimed to be “trying to think of ways” the Lancet Global Health can “support” interns, but made no explicit mention of attempting to secure budget to pay them a wage. (You can view the video here – Mullan’s comments about internships start at 4h 47min)

From Mullan’s comments, the length of these internships is unclear, and so is the nature of the work done during their time with her team. Although she makes reference to “a couple of weeks,” Graduate Fog has found at least one former Lancet Global Health intern whose LinkedIn profile states she was there for three months, although it is unclear whether or not she was paid. Meanwhile, on Twitter, the manager of the @LancetGlobalHealth account responded to criticism by stating staff were “Still campaigning for a budget [for interns] but accepting spontaneous offers in the meantime.” Here is a transcription of Mullan’s comments at the Equality in Science Symposium:

“I’m always asked about ‘Do you take interns?’ at The Lancet and The Lancet Global Health and um I do but I don’t advertise it because we are not in any way able to support… um give any financial support. If someone emails me and says ‘I’m really keen to learn about how you work um I’m self-supported, can I come and sit in your office for a couple of weeks, to see what you do?’ it’s hard for me to say no but I know that these people [interns] are all wealthy individuals who are able to come over from wherever they are coming from and, you know, get something that people who don’t have those means would never be able to do. So um I’m trying to think of ways we as an organization can support interns coming from anywhere and they can come from anywhere because we are a global organisation.”

Graduate Fog wrote to representatives at Elsevier, parent company of Lancet Global Health, to clarify their position on internships:

My name is Tanya de Grunwald and I am the founder of the campaigning careers website Graduate Fog.

It has been brought to my attention that the Editor-in-Chief of the Lancet Global Health, Zoe Mullan, recently admitted at a public event that she takes on unpaid interns, where they contact her to ask for the opportunity to come in. An admission like this is considered pretty shocking in 2019, when most reputable employers understand the link between unpaid work, fair access and diversity.

Zoe also stated that these positions are not advertised because she is unable to offer financial support (by which we assume she means payment). From this we take it she means she fears public outrage or a backlash if she were to advertise these roles openly (She would be right to expect this).

However, we have heard from a number of sources whose information contradicts this claim, including the social media representative for the Lancet Global Health who mentioned that there was a ‘campaign’ for interns to be paid a fair wage within the organisation, but this request had not yet been taken seriously (presumably, by senior management). Taken together, these sources appear to indicate that your organisation is woefully far behind the curve when it comes to understanding the damaging role of unpaid work when used as a route in to paid professional roles, and that your senior management has been ignoring requests from the business for your current policy to be corrected in line with your legal and moral responsibilities as an employer.

Please could you clarify your organisation’s position on unpaid work, and how you feel this fits with UK employment law? Is Zoe Mullan’s stated position is that of the company as a whole – in other words, that you accept applications from interns who contact you directly, but that you never advertise these roles? We would like to know how you feel this fits in with any statements that you has made regarding being an equal opportunities employer.

We would also like to know how many interns you have had at your organisation in the last 12 months, what exactly they have been doing and what – if anything – they have been paid.

As I’m sure you’re aware, unpaid work is a major barrier to careers in science, and a source of grave concern to many. We believe that well known, highly profitable employers like you have a vital role to play in setting standards for others to follow, which is why this incident is so disappointing.

Thank you again for your inquiry on this important issue. Your questions have led to a deep dive at The Lancet and Elsevier on our policies regarding internship and workplace experience stints. We are confident that we have treated young people who have come and wanted to see how we work fairly and equitably. Having said that, we weren’t clear enough when using term ‘internship’ at a recent public event. The term means different things to different people. All stints beyond two weeks and where young people perform tasks for us are in fact compensated, mostly by us, in some cases by a partner organization, such as an university. There are also short-term work experience opportunities where young people merely shadow what we do and they have not been paid. We are reviewing this practice to provide more clarity externally and internally while ensuring that we can continue to give back to our communities in science, technology and health and in particular support people from less privileged backgrounds. Once we have concluded this process, we would like to consider explore becoming a member of GraduateFog’s Employers Club as we share and support its principles.

If you have information that would seem to contradict our assessment, we ask that you bring them to our attention before publication so that we can assess them. Again, many thanks for shining a light on this issue and getting us to think how we can do good work, provide opportunities, and do so in a fair way.

So, there you have it — rather a foggy picture. In our opinion, two crucial questions remain unanswered: 1) What do internships at the Lancet and the Lancet Global Health actually involve — is it real work? and 2) Are those interns who are ‘compensated’ paid a proper legal wage, not just expenses? Without your help, we can’t know for sure — so please post below if you know something we don’t…

* Have you interned at the Lancet Global Health?
How long did your internship last, and were you paid a proper wage? Post your comment below or contact us directly (confidentiality guaranteed).