Can graduates apply for the Kickstart Scheme?

AND HOW WILL IT LOOK ON YOUR CV? WE ANSWER YOUR QUESTIONS

The Chancellor Rishi Sunak is a man with a plan — to “protect, support and create jobs” in the aftermath of the Covid-19 pandemic. But it won’t be easy. The lockdown has already hit the UK economy hard – and young people starting their careers are expected to absorb a large chunk of the pain.

Helping young people get into work is a top priority for Sunak, who said: “We know that youth unemployment has a long-term impact on jobs and wages and we don’t want to see that happen to this generation.” Last week we reported on the government’s freshly beefed-up traineeships programme – and this week Sunak announced the new Kickstart Scheme. But what is it – and can it help you if you’ve graduated this summer? Here, we answer your questions…

WHAT IS THE KICKSTART SCHEME?
The Kickstart Scheme is a temporary job creation programme specifically aimed at 16- to 24-year-olds. Employers across England, Scotland and Wales (a separate scheme will be set up in Northern Ireland) will be able to sign up to the scheme to offer a young person in this age bracket a six-month work placement. The government will fund each placement, paying the minimum wage for 25 hours per week. The government hope these placements will act as “a springboard to find a long-term, sustained job” and stipulated that companies using the scheme will need to “give young people a high quality job, including training and/or job search support, to boost their job prospects.” Costing £2 billion, it’s estimated that 350,000 job placements will be created by the scheme, though there is no cap on the number of places available. 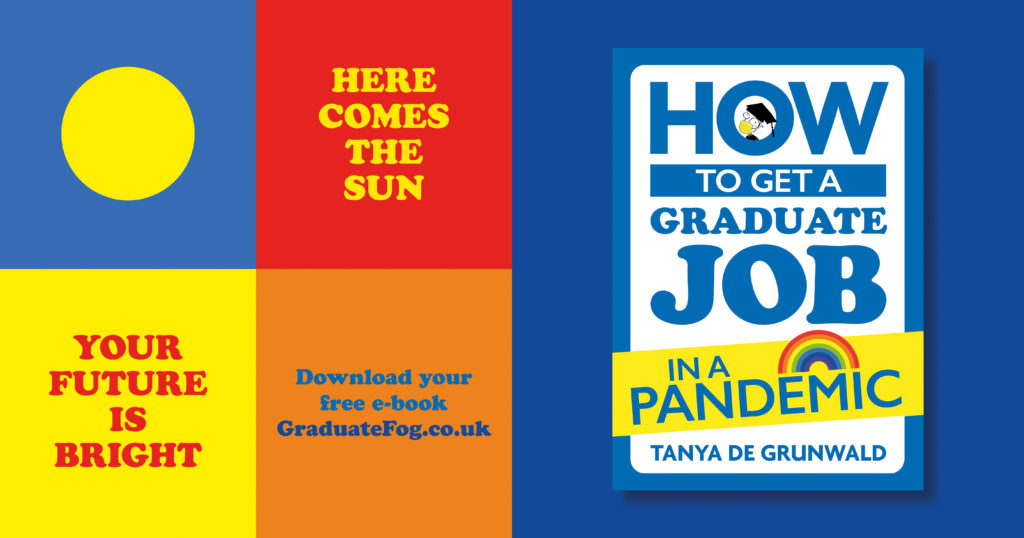 The Kickstart Scheme isn’t really designed for graduates – but our new e-book is! Click to download your FREE copy now

WHEN WILL IT LAUNCH?
Companies will be able to make applications for placement funding from August 2020, with the hope that placements will start from the autumn. The current plan is for the scheme to run until December 2021; however it may be extended depending on the needs of the economy.

IS THE KICKSTART SCHEME AVAILABLE FOR UNIVERSITY GRADUATES?
The scheme is technically open to anyone aged 16-24 who is claiming Universal Credit, regardless of their education level. So yes, university graduates who fall in that age bracket and are out of work may be eligible for the scheme. Whether you are chosen to take part in the scheme, however, will depend on your personal circumstances. The selection criteria are a little sketchy at the moment.

HOW DO I APPLY FOR THE SCHEME?
The process will be managed through Jobcentre Plus. Work coaches (those tasked with supporting benefits claimants back into employment) will be asked to identify people who are most “at risk of long-term employment”, who will be invited to take part. Now, as a university graduate, you might not be deemed as most at risk (as opposed to someone who has left school with few or no qualifications), so unfortunately you might find yourself at the back of the queue for a placement. That said, if this scheme is taking a potential 350,000 people off the market, competition for other jobs should be reduced, which could make your job search easier. Right now it’s all speculation, as the government have yet to announce exactly how they will assess job seekers or how they’ll be matched with employers.

CAN I APPLY EVEN IF I’M NOT CLAIMING UNIVERSAL CREDIT?
No – at least, not right now. But why aren’t you claiming Universal Credit? If you are a recent graduate and you are struggling to find a job, then it is worth checking if you can make a claim for it. There’s no shame in accepting any help that’s being offered and there are lots of good reasons to claim, including the fact that is will make you eligible to apply for the Kickstarter Scheme.

WHAT KIND OF JOB PLACEMENTS WILL BE AVAILABLE?
It’s unclear exactly what jobs will be available, however the scheme is open to all types of business, with Sunak saying: “I urge every employer, big or small, national or local, to hire as many Kickstarters as possible”. While the placements are meant to provide decent training and experience to support future job prospects, it’s likely that most job placements will predominantly be in so-called ‘low-skilled’ positions in retail or hospitality – in other words, probably not the kind job you hoped you’d go into having just spent the last three years (and nearly 30 grand) studying at university. But these are strange and unpredictable times, and you may be pleasantly surprised by what your work placement leads to. We recommend keeping your mind (as well as your options) open. Plus, if you don’t have much work experience on your CV, something is always better than nothing.

HOW MUCH WILL THE PLACEMENTS PAY?
Put it this way: it won’t be the graduate salary you were promised when you started your degree. So don’t expect to be rolling in it!
Under the scheme the government will pay 100% of the national minimum wage for 25 hours a week. For most graduates (aged 21-24), this is £8.20 per hour, £205 per week or around £820 per month. The standard monthly allowance on Universal Credit is just £409.89 (however you may receive more depending on your circumstances), so your Kickstart Scheme salary does work out more than that at least. Don’t forget, employers can top these wages up if they wish (but with many businesses struggling to pay their current workers, it’s unclear how many will pay more than they have to).

CAN I APPLY IF I’M ALREADY DOING PART-TIME WORK OR AN INTERNSHIP?
There’s no clear guidance on this yet – but we expect more soon. However, it’s likely though that if you do take up a placement, you’ll need to make it your top priority and any other part-time work you do would need to work around this. From years of campaign work, we know that unpaid interns can’t claim Universal Credit, as they are not available to work elsewhere, so we’d expect a similar logic to apply here. However, there is nothing (as yet) to say you can’t do a placement and work extra hours elsewhere to top up your income, or gain additional experience. There’s also nothing to stop the company running the placement giving you extra hours (just make sure they pay you for them — as the government won’t!).

WILL I STILL GET UNIVERSAL CREDIT/JOBSEEKER’S ALLOWANCE AS WELL AS EARNINGS FROM KICKSTARTER SCHEME?
Maybe. It really depends on your circumstances. With Universal Credit there are no limits on how many hours you can work whilst claiming it. Instead, it works on a taper system: where the more you earn, the less you receive in benefits. For every £1 you earn, 63p is deducted from what you receive in Universal Credit. You can use a benefits calculator or speak to your Jobcentre Plus work coach to work out what Universal Credit you’d be entitled to during your placement. If you are collecting Jobseeker’s Allowance as well as Universal Credit, then this will end if you take up a job placement through the scheme. This is because to be eligible for Jobseeker’s Allowance you must be working less than 16 hours per week.

WHAT WILL HAPPEN WHEN THE PLACEMENT ENDS?
The government is hoping that in many cases, companies will offer those on placement a full-time paid job at the end of the six months, but they can’t force companies to do this. It’s possible that when the labour is no longer free, many employers will simply let those on placement go, and replace them with a new Kickstart participant. However, the hope is that the economy and the job market will be in a much healthier place next year – and that anyone leaving a placement will be able to find another job quickly, particularly now they have more experience under their belt. But again, not nothing is certain.

WILL THE SCHEME ACTUALLY HELP YOUNG PEOPLE?
We simply don’t know. As we’ve alluded to above, there is concern about what happens to Kickstarters at the end of their placement – and that the scheme’s design could make it easy for companies to milk it for free labour, and possibly even replace existing (older?) paid workers with young people paid the government. Historically, government-funded back to work schemes have been well-meaning but flawed. A few years ago Graduate Fog challenged the Department of Work and Pensions’ ‘Work Experience Programme’, when it was revealed some high street retailers (including Poundland) had participants doing unpaid shift work in the stores. Not only were these young people being short changed (the mentoring and skills building they were promised didn’t seem to be happening) but they were also being used to replace paid workers. Having staked his reputation on the Kickstarter scheme, Sunak will be keen to maintain standards and avoid controversy from reports of young people having bad experiences. In other words, pretty much everybody wants the Kickstart Scheme to work…

* WILL YOU APPLY FOR THE KICKSTART SCHEME?
Or would you prefer to find a better paid job on your own? Share your views below…