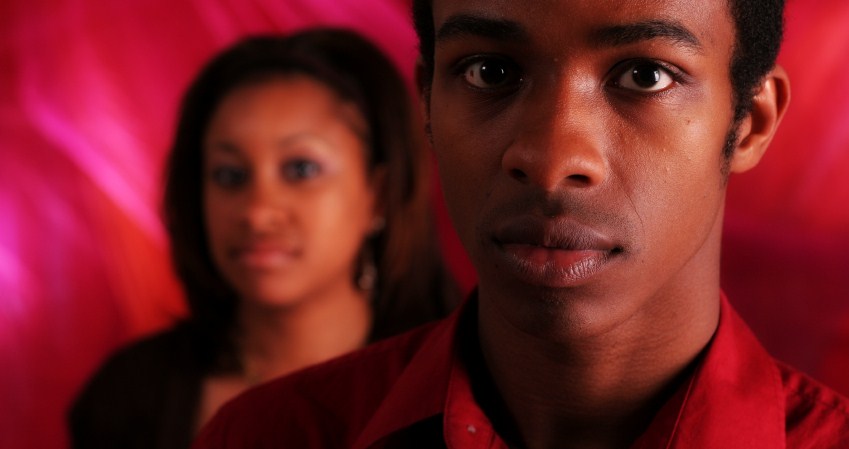 The chief executive of the Social Mobility Foundation has added her voice to growing concerns about ‘exit fees’ – where graduates are charged up to £15,000 if they leave their programme in less than two years – saying that disadvantaged young people are the most likely to be unable to “recognise when an opportunity is not what it seems.”

Having been made aware of the alarm surrounding an appearance by IT outsourcing firm FDM Group at the annual Institute of Student Employers (ISE) conference later this week, Sarah Atkinson said she and her team were “deeply concerned” about the practice and warned employers to “act responsibly” when hiring young people at the start of their career.

She underlined her concerns that “first generation graduates” – the first in their family to attend university – were particularly vulnerable, as they are most likely to lack the knowledge and confidence to consider the pitfalls of signing a contract including clauses relating to paying exit fees, should the job not work out the way they hope. Employers who charge exit fees claim these are to cover their training costs, but it is unclear how such large figures are reached. 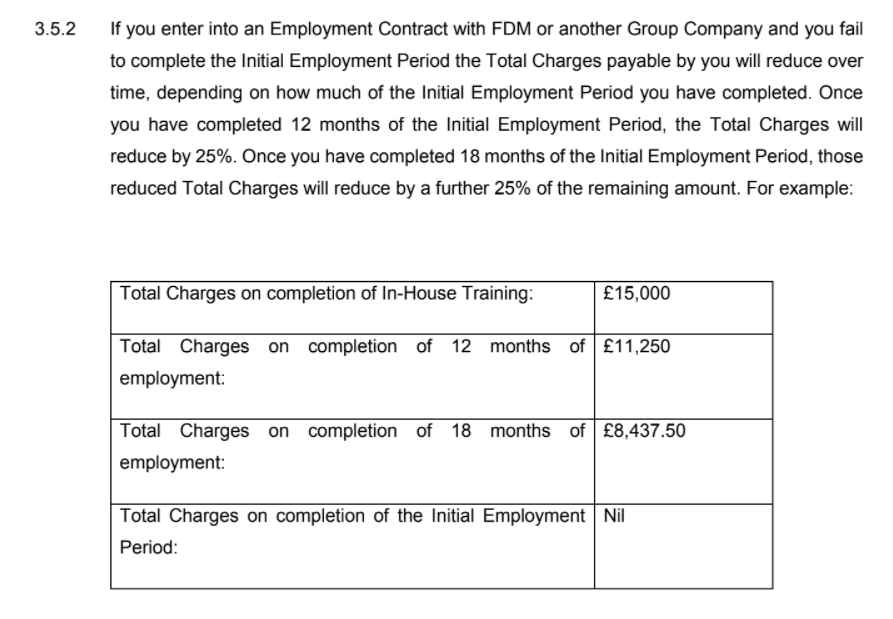 WOULD YOU SIGN THIS CONTRACT? Probably not – but hundreds of graduates are doing just that

The practice has the effect of making graduates believe they are trapped in their role unless they can produce a large sum of money to buy their way out. Those who quit without paying risk being chased for the fees by lawyers acting on behalf of their former employer.

Atkinson – a prominent and highly respected voice on social mobility in the UK – told Graduate Fog:

In a further development, Graduate Fog has learned that more than one ISE member has formally expressed alarm about FDM’s appearance at the conference, as revelations about the firm’s use of exit fees causes shock waves in the recruitment world, horrifying the graduate employers who have a genuine commitment to social mobility, diversity and inclusion.

Graduate Fog has written to the ISE, FDM Group and ISE conference sponsors Group GTI, but we are yet to receive a response from any of them.

“This statement from the Social Mobility Foundation underscores the seriousness of ‘exit fees’, and the way in which graduates from disadvantaged backgrounds are particularly vulnerable to this practice.

“Those who defend employers’ right to charge exit fees sometimes say: ‘Graduates who sign these contracts know what they’re getting into…’ but Sarah is right to remind us of the truth of the power dynamic here.

“In my experience of speaking to dozens of graduates about exit fees recently, every single one admits they underestimated the chance that their new job might not turn out as they hoped. Many say they assumed that exit fees were standard practice among all graduate employers, and felt reassured by the impressive clients list that firms like FDM seem to have. Those who were worried say they feared asking questions in case they were seen as being difficult. And they also remember how thrilled they were to have been offered the job, often after a lengthy and stressful search.

“There is a long list of reasons why recent graduates are very unlikely to reject a contract handed to them by an employer they have grown to trust – even if the section about exit fees sets off alarm bells.

“It remains my belief that the graduate recruitment world should be calling out firms that behave like this, not giving them a platform from which to promote themselves. FDM should not be speaking at the ISE conference on Wednesday.” 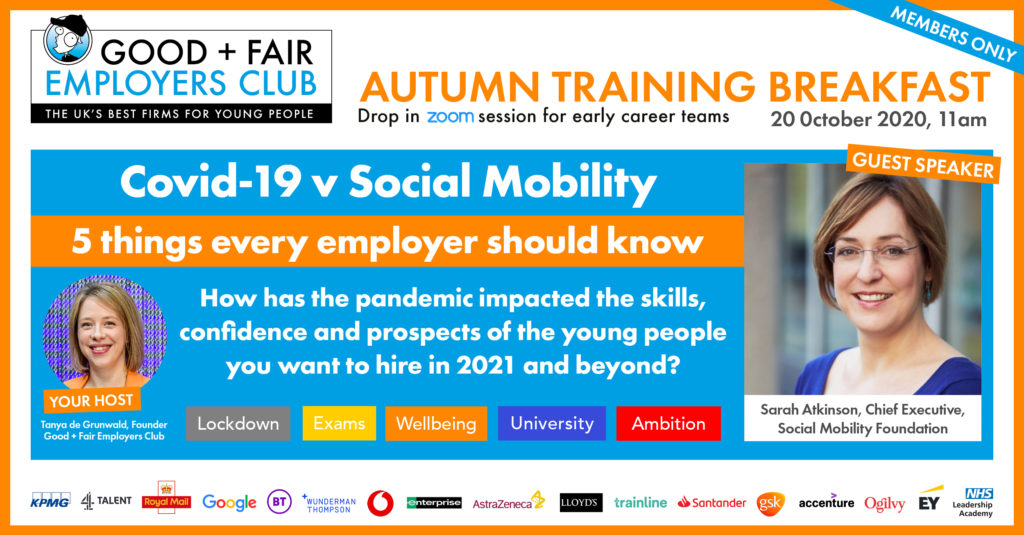 FRIEND OF THE FOG: SMF chief exec Sarah Atkinson has spoken at sessions for the Good + Fair Employers Club, which Graduate Fog’s founder Tanya de Grunwald runs in parallel with Graduate Fog. Sarah is booked to return for the club’s Autumn Training Breakfast in September 2021