How to Find Vacancies 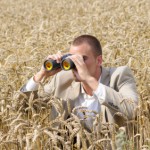 The biggest mistake graduates make isn’t dodgy spelling on your CV — it’s only using one or two job-hunting strategies when you should be using all of them. What else could you be doing?

If you’ve applied to dozens of advertised vacancies and signed up with countless recruitment agencies, well done. But there’s much more you should be doing as well. Different methods work for different industries. Try them all and chart how successful each is for you. Then do more of what’s working — and have the courage to ditch any strategies aren’t getting results. Remember, your time and energy are limited resources, so make sure you’re using them wisely.

Fear not – Graduate Fog knows that the last thing you need it yet another yawnsome list of ‘helpful’ suggestions about all the many lovely methods you could be using to find work. (We figure if you wanted that, you’d have downloaded the government’s dire 24-page PDF ‘Life after Graduation’ Zzzzz…). Instead, we given an honest critique of how useful we think each method actually is — and shown you clever little ways to make them work for you.

Here, Graduate Fog assesses the pros and cons of the seven most common job hunting tactics. Be honest — how many have you tried?

APPLYING FOR ADVERTISED JOBS
What? Scouring newspapers, industry magazines and online boards for companies openly seeking candidates for vacant roles.
Good because: You know there’s definitely a job available.
Bad because: If you’ve seen the ad, so has everybody else. Expect competition to be stiff.
Make it work for you by: Immediately contacting the employer directly, before you even start your application. Introduce yourself, explain that you’re going to apply for the job and (politely) ask if they have anybody covering the job temporarily, until a replacement is found. Best case scenario is that they invite you in and take you on temporarily – putting you in a strong position to secure the permanent post. Worst case scenario? They don’t need temporary cover but are impressed by your initiative and make a note to look out for your name when they’re sifting the CVs. 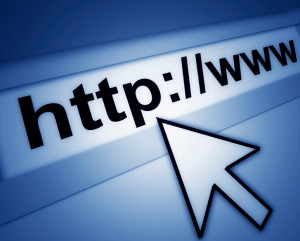 SIGNING UP WITH RECRUITMENT AGENCIES
What? Approaching the middlemen who are routinely hired by employers to do the recruitment leg-work on their behalf. Agencies build up a giant database of strong candidates so that when a client approaches them with a vacant role, they simply run through the huge list of candidates they have and present the strongest matches.
Good because: You want a job, they want candidates. When it works, it’s a win-win. Plus, you don’t pay a penny to sign up.
Bad because: Recruitment agencies don’t work on behalf of the candidate (you) — they work for their client (the employer). Their mission is to fill their client’s vacancy — not to find you a job. They will only contact you if a role comes up that they think you’d be good for. Otherwise, they have no reason to get in touch with you.
Make it work for you by: Viewing any leads you do get through them as a bonus to your main job-hunt. Agencies should not be relied on as your main method of job hunting.

Give A Grad A Go is our favourite graduate recruitment agency. Click here to check them out!

TEMPING
What? Taking a job on a temporary basis in the hope they’ll love you and ask you to stay permanently.
Good because: Temping gives you a ‘foot in the door’ — and a chance to show the employer how amazing you’d be if this was your actual job. If they do ask you to interview for the permanent role, you’re in a strong position as they already know how good your work is. Plus, it’s paid work experience so it’s good for your CV.
Bad because: Recruitment freezes have created red tape for employers — so they might prefer to keep your contract casual. Also, your temp job might be envelope-stuffing or data entry — and being offered the job permanently might be enough to make you cry.
Make it work for you by: Doing everything you can to secure decent temping gigs. If the company you’re being sent to isn’t impressive, at least try and make sure the role is better than just data entry. If the role is rubbish, at least make sure it’s with a prestigious company that looks good on your CV. 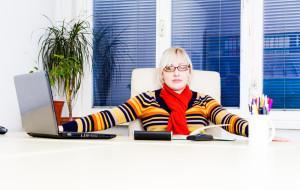 RECRUITMENT FAIRS
What? The chance for some ‘face time’ with dozens of employers keen to hire graduates like you.
Good because: If you’ve been feeling like chopped liver (!) since you graduated, it’s a welcome boost to see proof that companies are hiring graduates.
Bad because: If you don’t know what you’re looking for, recruitment fairs can be overwhelming — and you may just come away with 10 free pens and a stress ball. Also, lots of companies don’t send the people who do the hiring, so you won’t necessarily be speaking to someone who can actually give you a job.
Make it work for you by: Researching the exhibitors before you go — even ‘Graduate’ fairs are often specialised. (In other words, don’t turn up at an IT and finance fair if you’re looking for a job in media). Take advantage of any workshops — and take a free pen from the most mind-numbingly boring firm you can find. Make this your ‘job hunting pen’, to remind you of why you’re bothering to work really hard to find a job with anybody other than them.

WORK EXPERIENCE AND INTERNSHIPS
Good because: As with temping, you have the chance to show an employer what you can do, on a trial basis, putting you in a strong position if a permanent role comes up.
Bad because: They are often unpaid and there are no guarantees that the placement will lead to a permanent job. Legal and ethical issues aside, it’s a fact that some companies use internships as a source of free labour. With a regular supply if keen, bright youngsters willing to work for nothing, why would they pay someone to do the job permanently?
Make it work for you by: Always assuming the placement won’t lead to a job –and asking yourself “Is this adding enough value to my CV to make it worth my while?” Knowing you’re there because it’s worth it to you makes it a whole lot easier to survive the experience — and smile while you’re there. If you feel your attitude getting sloppy, either sort it out or move on.

Click here for more on How to Survive Internships 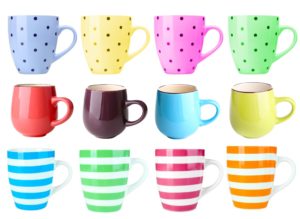 SPECULATIVE APPLICATIONS
What? Applying to companies directly, even when you haven’t seen a vacancy advertised. It’s a myth that all jobs are advertised – some people reckon the real figure is closer to 20% (yes, really!). For smaller companies particularly, advertising for new people is expensive. Ask yourself: “How can I find out about the jobs that aren’t advertised?”
Good because: Any jobs you discover this way will be far less competitive than advertised vacancies. Plus, proactive job hunting does wonders for your self-esteem if you’ve had a lot of rejections (or stony silences) from employers. Suddenly, you’re in charge again.
Bad because: Many of the companies you contact simply won’t have any jobs available.
Make it work for you by: Only contacting companies you have good reason to suspect might be looking for someone like you. Look for clues in the industry press — which companies are doing well right now? Who has just won a big new client? Who is opening new branches? Mention this in your letter to them. Also remember that you’re not begging – you’re offering to make their lives better.

BUILDING YOUR NETWORK (VIRTUAL AND ACTUAL)
What? Collecting a bunch of friendly people currently working in your chosen industry, for you to ask for advice or to let you know if they hear about jobs or internships you might be right for, via the grapevine. And no, by ‘contacts’ we don’t mean Mummy and Daddy’s chums from the tennis club (although if you do have links like that, you’d be dumb not to use them). Anybody can build a network – even from scratch.
Good because: Networking is the best way to hear about unadvertised (hidden) jobs – pure gold to job-seeking graduates. Ditto personal recommendations. Just imagine going for an interview knowing someone has already been bigging you up to the bosses. Contacts won’t get you a job, but they might you an interview – and the bosses may be pre-disposed to liking you, which can only be good news for you.
Bad because: You’ll need to put in the hours – you’re unlikely to see immediate results. It takes a bit of time to convince people you’re a good egg and for them to feel confident about introducing you to their contacts.
Make it work for you by: Finding a style of networking that suits you. If you’re happier doing it virtually, start with social network sites like Twitter and LinkedIn. But remember that in-person networking (eg at conferences and speaker events) is still highly effective because you could find yourself standing in front of someone who might want to hire you. 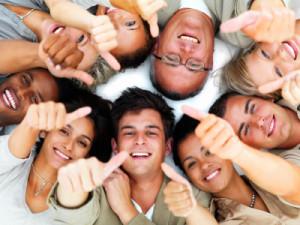 Can’t see yourself as a schmoozer? Read ‘How to Build your Network’