REPLIES TO EVERY APPLICANT GUARANTEED – AND COMPANIES WHO USE UNPAID INTERNS ARE BANNED! 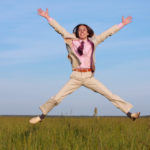 Today this website launches the new Graduate Fog Job Board!

As well as offering you fantastic opportunities (and earning me a bit of cash so I can keep our brilliant website going), the Graduate Fog Job Board makes a strong statement to employers and other jobsites about the way our community thinks graduate job-seekers should be treated.

In a ground-breaking first for online jobsites, I have committed to only run ads for PAID jobs with companies who have signed the Graduate Fog Employers’ Promise, which states:

“We do not use unpaid interns”

“We promise to respond to every applicant who comes to us via Graduate Fog.”

In time, I hope every online jobsite will implement a similar policy. One that’s fair and respectful to employers and applicants alike.

So, how (and why) has this Job Board come about?

When I launched Graduate Fog, I never imagined it would ever include job ads.

This was a graduate careers advice site.

But then something interesting happened…

Our merry website – though small – is gaining a reputation for attracting much much-smarter-than-average graduate job-hunters.

In fact, you lot are proving so impressive, engaged and spirited (ranty?) that several recruiters have asked me how they can get a slice of the Foggy action. That’s right – people with jobs want to meet you.

Incredibly, these recruiters say the big websites they’ve been using (like Prospects) just aren’t coming up with the goods any more. These sites are now so massive that employers who use them find themselves inundated with applications – but most of them are total dross. They say they might as well pin their job ad to a lamp post in the street and see who calls.

I’m starting to get calls from recruiters saying they’ve got lots of graduate jobs – but they can’t find anyone good enough to fill them.

They asked: Could I help?

Knowing you want a job more than a pony and a castle put together, I had to go with Yes.

And I’m quietly confident that Graduate Fog’s users are a cut above the average numpty punter who types in ‘Prospects’ and applies to any and every random job going. I know you lot would never do that.

You’re smart enough to recognise that the advice and content here is properly good – so you read it thoroughly and act on it.

You know that a ‘scattergun’ approach to job applications is a waste of everybody’s time.

A Graduate Fogger never fires off CVs for a job s/he doesn’t understand.

But I believe quality applicants like you deserve quality employers — so (unlike the bigger jobsites) I’m going to be super-picky about who I allow to advertise on Graduate Fog.

Our community has very strong belief and values — and I think our Job Board should reflect these.

We are united in our disapproval of employers who use unpaid interns — and we also agree that recruiters who ignore your applications are downright rude.

I hope nobody feels I’m ‘selling out’ by running job ads on Graduate Fog?

Because it’s something I’ve thought long and hard about.

As much as I LOVE running this website, the fact is that it needs to start making some money if I’m going to be able to keep it going.

Right from the start, I have always been honest with you about this.

I hoped that a kindly sponsor would have spotted our brilliance by now and offered us loads of cash to be Graduate Fog’s corporate friend.

I still think this will happen, but probably not until we’ve had a lot more publicity. (Which I’m also working on!).

In the meantime, traditional banner advertising isn’t a viable option as our traffic — while impressive — isn’t big enough to generate a decent income.

As many of you know, all my time and work that has gone into this website so far has been unpaid.

I LOVE running this site – but I have to pay my rent with something!

(I’m not only working for free but at the moment this site actually costs me money, for web hosting, pictures, expert help with the trickier bits of WordPress etc.)

But don’t worry. I’m determined we’re going to do this thing on our own terms.

Go to the Graduate Fog Jobs Board, and you’ll see what I mean.

There, you’ll find a four-point explanation about why it’s different and how it works.

You’ll see I’ve been 100% honest about everything – including how it will earn me some money.

I hope you will back me in my decision to take the site in this direction — and support the Graduate Fog Employers’ Promise as the pioneering idea I think it is.

Because it’s really important to me that you, Graduate Fog’s users, are behind this new Jobs Board.

YOU lot are vital.

Because without you, I’d just be some random loon ranting to myself about the rudeness of Tesco and the rubbishness of Prospects and the universitiy careers advisers.

Which would NOT be a good look for me…

*Stop teasing me! Take me to the Graduate Fog Job Board NOW!

*Do you think the Graduate Fog Jobs Board is a good idea?
What do you make of the Employers’ Promise? And do you have any ideas about how we can make our Job Board even better in future? What sort of vacancies would you like to see advertised?