Born after September 1979? You need to read this 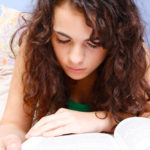 Two young journalists have launched a blistering attack on the politicians who have failed to protect the welfare of today’s young job-seekers.

In their new book Jilted Generation: How Britain has bankrupted its youth, Ed Howker and Shiv Malik (both aged 29) examine how a string of short-sighted, self-serving or just plain dud policies have left Britain’s young people facing a decidedly dodgy  job market.

If you were born after September 1979 and are struggling to find your feet, this book explains why.

The authors confirm that the days when a good degree led to a stable, well-paid job are over — and say it’s a scandal that this message doesn’t reach you before you’re encouraged to sign up to £23k of debt to go to university.

Instead of walking straight into employment — as previous generations of graduates did (yes really, they did!) — those starting your career now can expect to be forced to fund your own unpaid internships before taking a series of unstable, poorly-paid jobs as you claw your way up the pay ladder far, far slower than your parents did.

Graduate Fog is a big fan of this book — and I think its message has arrived just in the nick of time.

Last week, we had some fantastic debate on Graduate Fog about unpaid internships. But to be honest I was pretty worried to see how many of you have begun to simply accept this practice as a fact of life, even though it is illegal, unethical and NEW.

I was even more alarmed to see that working unpaid for such long stretches seems to be having a damaging impact on graduates’ sense of self-worth. Having been denied wages for months, some of you are starting to believe that your work really has no value to your employers — so much so that you will even take your employers’ side against your peers who are still fighting to be paid for their contribution.

(One similarly worried user likened this to Stockholm Syndrome, where kidnapped victims develop warm feelings for their kidnapper. Creepy.)

Some of you are also frightened that campaigning to make all internships paid could see a drop in the number of placements available, which you fear could damage your job prospects further.

This makes me sad — but it also makes me mad.

Because it wasn’t always like this, and you have been served a raw deal.

And unpaid internships aren’t the solution to anything. I firmly believe we need to stamp them out before they do any more damage.

I know you don’t want to sit around moaning. I know you hate ‘playing the victim’. And that’s great — I don’t want Graduate Fog to become a website for whingers! But I also think it’s important to understand what’s happened here — and why your generation of graduates is facing such a unique challenge to get your careers off the ground.

Jilted Generation isn’t for moaners — it’s for do-ers. If you’re struggling to find your feet in the graduate job market, reading this book will help (not hinder) your efforts to get ahead.

How? Well, it won’t offer you tips on interview technique — or negotiate the NMW for you if you’re working unpaid. But it will help you to see your struggle in a broader context, so you’ll never again believe that your work isn’t worth anything. It will help you understand more about how this situation has been allowed to develop — and what you can do to stick up for your rights now.

Plus, I think the ‘Jobs’ chapter is essential reading for long-term or serial interns suffering a crisis of confidence.

The next time your employer implies your work isn’t worth paying for, you’ll know he is lying. Your work is worth something — he’s just being a cheap-arse, like so many other companies who ought to hang their heads in shame at how they’re treating your generation.

How you choose to handle employers like this is up to you — but do NOT accept their nonsense as fact. The truth is that there is currently a surplus of labour at your level. But that is NOT your fault and it does NOT mean that your work is worthless — or that you shouldn’t be PAID for your contribution.

Jilted Generation talks a lot of sense. Here are some of Graduate Fog’s favourite snippets:

On being labelled ‘Generation Whine’:

“We’re accused of profligacy and can’t seem to save our money, because our jobs are poorly-paid, unstable and difficult to come by. More than anything else we’re vulnerable, and yet the attitude of much of society towards us is that we’re lazy and undeserving… The truth is that the jilted generation are the first lab-rats in a decades-long experiment.”

On having a job:

“Employment gives us dignity and responsibility, possibility and opportunity. Without it, young people can’t begin to find meaning, find purpose, find our place.”

On politicians’ failure to help you:

On Ben Rosen, founder of InspiringInterns.com:

“While the interns’ work is ‘unpaid, but the company you’ll work with will cover your travel and lunch expenses’… InspiringInterns charges fees to businesses to head-hunt interns for them. Once an intern is placed, InspiringInterns receives £500 for each month of work they do (for a minimum of three months), but none of that money is paid to the interns themselves… If the interns themselves are really ‘increasing productivity’ – doing useful work — then surely they deserve to be paid for it, and not Mr Rosen?”

On the scandal of unpaid internships:

“The government-appointed panel’s suggestion for ‘up-skilling’ Britain’s young people is to get the poorest to borrow even more money just to get into an office. And when they get there they will have to work for nothing because private businesses don’t regard their contribution as meaningful enough to pay for… The best message the business leaders on that panel could send them is: if you want to work, borrow money you don’t have so we can take your labour free of charge. What a shaming, condescending, ambition-crushing, contemptuous message that sends to a generation brought low by joblessness.”

On being dependent on your parents:

“How much assistance the state will provide each student is contingent not on the wealth of the undergraduate, but on the wealth of their parents… The government has other expectations for parents, whose wealth is too often called up on to subsidise low wages and internships… The trouble is, as the government continues to smooth the path for young adults to become reliant on their parents, it also undermines social mobility. Suddenly who your parents are becomes more important than ever.”

On poorly paid jobs for the young:

“Even when most young people do get a foot in the door on the carer ladder and finally get the kind of proper job their parents walked into, they will almost certainly be earning proportionally less… Over the last decade, the oldest members of the working population have enjoyed an increased in earnings of 40%, while young people have got only 30%… And actually, if you take inflation into account you find that, for the youngest members of society, there’s no meaningful wage increase — and all this during the greatest boom years of modern times.”

“So what about the young people who actually make it and get a job? Once in the workplace the reality of being a member of a ‘flexible workforce’ begins to bite, because what flexible really means is that workers are subject to the whims of the global market place and so, more often than not, they tend to have no stability…  They also earn less… This [long-term temping] is a grim way to start a career, but millions of young people do it in order to find work.”

On your parents’ great expectations:

*Considering buying the book?
If you to go Amazon via any of the links on this page – or the picture above – you’ll be helping to fund Graduate Fog at the same time! These nifty links will make sure Amazon pay me a few pennies for sending you their way – while you don’t pay any more for the book. Result!

(NB This is NOT why I’m recommending the book! The amount I’m paid will be teensy – I’ll be lucky to raise a fiver from all of you – so definitely not worth me jeopardising my reputation for!)