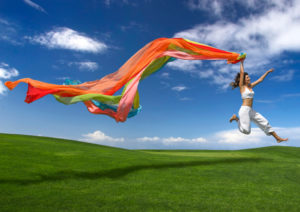 Today, Graduate Fog announces that this site is no longer a member of the Internships Alliance.

Did you miss last week’s drama? I’ll fill you in…

Basically, I made a massive schmuck of myself by announcing to the world that Graduate Fog was a member of a new interns’ rights pressure group called the Internships Alliance – before being informed by you lot that:

2) one of the other members (Inspiring Interns) earns fees for themselves from finding interns for their clients – but the interns themselves then work unpaid.

I take full responsibility for the fact that I did not know either of these things until that moment. I should have done my homework better. I was naive to assume that everybody in the group had the same values as me.

Had I known either of these facts up-front, I would never have agreed to become a member of the Alliance.

For me, this information changed everything. I became uncomfortable about being a member of an organisation that I no longer trusted. If Luther Pendragon and Inspiring Interns weren’t who I thought they were, who might the other people be that I’d carelessly aligned myself with? How exactly were members being selected and approved?

I emailed Robin Kennedy – boss of WEXO and founder of the Internships Alliance – explaining my concerns and requesting that the Alliance:

– Conducts an assessment of the existing members’ eligibility, using the above criteria – and

– Reorganises the membership approval system so that all new members must be approved by existing members.

Unfortunately, Robin said he was unable to agree to these terms.

I really am sorry for the way this episode has panned out.

I genuinely think that a group of well-intentioned businesses from a variety of backgrounds could bring a great deal to this debate and ultimately put more weight behind the fight for a fairer deal for interns.

But in my opinion the Internships Alliance isn’t it.

Perhaps another group like this will emerge, this time containing only organisations that genuinely want a fairer deal for interns? In which case I would love to be part of it.

In the meantime, I have learned the hard way that I must be more careful in future about who Graduate Fog gets into bed with.

I hope that Graduate Fog’s users will forgive me and believe that my only crime was sheer dumb-arse stupidity.

And I hope the fact that I am just about to receive several angry phone calls and emails from members of the Alliance – all furious about this post – will prove that I’m on the level.

(Robin has already warned me that “No one likes a turncoat”. Nice).

I am a doofus.

*Did I do the right thing?
It’s lonely up here! If you have a couple of minutes, please share your thoughts. Thanks!