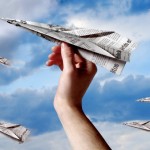 The BBC has joined the Telegraph and Observer in treating the unpaid internships story with contempt, in my opinion.

Unpaid internships grabbed the headlines again this weekend as the Institute for Public Policy Research said the practice was unfair and must be stopped.

But – as usual – I watched the media’s response to this story with dismay. From every interview that journalists conduct on this subject, I feel their contempt for your generation is obvious – and in their minds, today’s unpaid interns are a bunch of spoilt whingers.

Yes, BBC Breakfast, that includes you. Why invite Internocracy‘s fabulous Becky Heath in to the studio on Saturday morning, only to speak to her like she was a 9-year-old asking for her own pony?

(While I’m on this, who was that woman who was meant to be reviewing the papers after the interview – and felt the need to chime in with her ill-informed opinion on this subject, undermining Becky’s good work?)

And don’t even get me started on James Caan’s advice in the Telegraph last week (‘Graduates should work for free to get ahead’) – or that ‘opinion’ piece by Barbara Ellen in the Observer (‘Hey intern – get me a coffee and stop whingeing’), which regular readers will remember I’ve ranted about before.

My hunch is that this attitude comes from the fact that these ‘commentators’ have worked unpaid when they were starting out, so you should too.

Well, I’ve worked unpaid too (my background is in magazine journalism) – and I’m on your side. And I’m a lot better informed than they are.

The unpaid internship debate IS a legitimate one.

It is not about ‘whinging’ or about your generation expecting ‘life on a plate’. It is about standing up to arrogant bullies who want to continue getting something for nothing when they should be paying you a proper day’s wage for a proper day’s work.

And the situation is a LOT worse now than it was when I (and these sneering journalists) worked unpaid a few years back (more of which later).

Happily, there may be good news on the horizon at last. Back-up has arrived.

Graduate Fog has been invited to join the Internships Alliance, an umbrella organisation campaigning to give interns a fairer deal – and a pay packet.

Pressure groups like Internocracy, Intern Aware and Interns Anonymous do a fantastic job of battling to keep this story in the headlines.

But given that the journalists still aren’t getting the severity of this situation, it’s clear you guys could use some heavyweight back-up to help journalists take this issue more seriously.

Thankfully, it seems that not all companies feel comfortable about taking advantage of young people. And now a growing number of concerned organisations have spotted your plight – and are wondering how they can help.

The Internships Alliance is a collection of enlightened organisations who are concerned about the spread of unpaid internships. They are sympathetic to those doing unpaid internships – and those who can’t afford to do them. And they are switched-on enough to know that in the long-run this situation is bad for business too.

The Alliance has already met a couple of times at the offices of PR firm Luther Pendragon who are managing the movement.

Discussion in the meetings has been heated – and the Alliance’s members don’t all agree on everything.

But the general feeling is that it’s time to try to find ways to TALK to businesses and work WITH them, to drum into them what is (and isn’t) an acceptable way to treat their interns.

At this point, I know many of you will be yelling at your screen: “What’s there to talk about? Just pay us a wage!”

I genuinely wish it were that simple.

As Kayte Lawton from the IPPR said this weekend:

“We have a culture where lots of sectors are relying on unpaid work and that is just not fair, both for those who have to do the work and those who do not get the opportunities, so we need a big culture shift.

“We need the big employers to lead the way on this because they have the resources and power to pay interns and make sure they have good working conditions.”

As I said in a previous blog post, I think asking you to risk your chances of ever being offered a permanent job somewhere by marching in and demanding the minimum wage for their four-week internship is not fair on you. You need back-up first.

We also need to change the attitudes of the employers who exploit unpaid interns. I know it seems unimaginable but the fact remains that many companies genuinely don’t think they are exploiting you, however long your placement and however much work they give you.

Unbelievably, many really are convinced they’re doing you a favour by giving you an opportunity to gain some experience, as this will help you find paid work in the future – or perhaps this is just how they justify this to themselves, so they don’t have to feel bad about it. Their argument is: “Well I did it and it got me ‘in’, so what’s the problem with them asking this new bunch to work for nothing?”

Well, the problem (I think) is that while internships used to be a short ‘rite of passage’ before landing your first paid job in a competitive industry, they have now become longer and longer, with a decreased likelihood that the placement will lead to paid work any time soon. While nobody was looking, the situation has become completely out of hand.

Factor in the vast increase in graduate debt and it is now almost impossible (or actually impossible?) for graduates from poorer backgrounds to afford to do the internships needed before being considered for a permanent role. Clearly this is disgusting.

On the other side of the fence, the recession means that bosses have come under huge pressure to keep staff costs down. All sorts of corners are being cut within workplaces – and yes, some managers are blatantly taking advantage of their unpaid interns, giving them responsibilities that would (in more buoyant times) have been done by paid workers.

At the same time, competition for jobs has become even fiercer, particularly in media, which the High Fliers research I quoted in Friday’s post revealed was the most popular career choice among finalists. In 1998-9, the number of students on undergraduate media courses was 7,416. In 2008-9 it was 25,335.

The number of media graduates by FAR outstrips the number of media jobs available. So there is no shortage of willing ‘workies’ prepared to do whatever it takes – including working for nothing (if their parents can afford to support them). Meanwhile, the media is in the middle of a serious cash-flow crisis as it gets to grips with the impact of digital technology, so a sudden injection of funds for paying junior staff isn’t looking likely. I’m not sure of the numbers in advertising, publishing, music, PR and politics but I would imagine the situation is similar.

Frankly, the issue of unpaid internships is a huge problem. And it’s you, the graduates, who will lose out until a solution is found.

But we need to move this debate on from the name-calling.

You imply all employers are slave drivers, they call you ‘spoilt’ and guess what? Nothing changes. While slagging each other off is a great way to get an issue noticed in the press, I have my doubts about this tactic ever creating the change you want.

The Internships Alliance is still working on clarifying its exact goals but ideas on the table include:

– Inviting companies to become ‘Internships Alliance-approved’, by signing up to a list of guidelines for the treatment of their interns (including paying the minimum wage). We would ask the big companies to lead the way on this.

– Encouraging employers to make internships more structured, so that the placement brings greater value to both parties.

– Asking the government to provide financial incentives (tax breaks) for companies who employ paid interns, particularly if they then take them on permanently.

Combined with the good work that has already been started by the internship pressure groups, let’s hope the Internships Alliance can create some real change this summer.

*Do you have any other bright ideas about ways we can fix the unpaid internship problem?
Then just comment below email me direct and I’ll present them at the next Internships Alliance meeting.

*Are you an organisation that would like more info about joining the Internships Alliance?
Email me through this contact form and I’ll tell you how you can get involved.