Protecting interns ‘not a good use of public money’, says Dept of Business 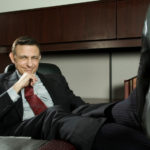 A spokesperson for the Department of Business, Innovation and Skills has told Graduate Fog that prosecuting employers who refuse to pay their interns would not be “a good use of public money” — and that the current system for protecting interns from exploitation “works well”.

In our shocking interview, my source:

– Implied that prosecuting exploitative employers was too expensive and not “appropriate”, as most broke the law by accident. “Prosecutions… are reserved for the most serious cases where there is evidence that the employer has committed a criminal offence. The vast majority of employers who fail to pay the minimum wage have not intentionally broken the law and prosecution action would not be appropriate in these circumstances (or a good use of public money).”

– Disputed recent statistics showing the scale of the unpaid internships problem, insisting that the true number happening this year was “far lower” than the 128,000 reported by the IPPR. “No single data source can provide an accurate estimate of the number of paid or unpaid internships. Our own economists estimate a figure far lower.”

– Claimed that the current penalties for those who break the law are an adequate deterrent to others who might be tempted to exploit interns. “The current national minimum wage enforcement regime was introduced in April 2009 and we believe that it provides an effective deterrent to employers who might otherwise be tempted to operate outside of the law.” (Is this guy funny or what?)

– Suggested that a large number of interns are not entitled to the NMW — and that could partially explain why so few cases are brought against employers. “It should also be remembered that some interns will not be entitled to the minimum wage. This would depend on the nature of the work or services that they perform and the relationship that they have with the person who is making use of their services.” (Er, actually I think he’s wrong here — isn’t it all about the nature of the work they perform? My understanding is that the ‘nature of the relationship’ isn’t relevant. Plus, how many interns do you know who are genuinely work shadowing and can come and go as they please?)

– Urged interns to take greater responsibility for the nature of the placement they sign up to. “It is important that any individual who is considering taking up an internship clarifies what their role will be and their contractual status (if any) up-front.” (Was he implying that it’s your fault if you get exploited?)

– Showed no understanding of the complex reasons why reporting their unpaid placement is unappealing to most interns trying to impress their employer — and that this is not just about confidentiality. “The Pay and Work Rights Helpline team provide a confidential service and will only refer a complaint to HMRC with the callers [sic] consent… HMRC do not disclose the identity of complainants without the complainant’s permission.” (Where was the mention of the super-sensitive relationship between intern and employer, which is the fundamental flaw in the whole reporting system?)

I find these responses from the Department of Business extremely disappointing.

I feel that they prove, yet again, that the people in charge of protecting interns from exploitation do not have any understanding of the scale or complexity of the problem they are responsible for policing.

The whole internship debate keeps coming back to these officials – who I feel are failing in their duty to enforce the law and protect interns, who are vulnerable workers (Who else is so desperate for work that they’ll do it for nothing?).

As I’ve said before, why pay your interns, when nothing happens if you don’t?

If their systems are working so well, why are we still seeing so many advertisements for lengthy, unpaid placements dressed up as an opportunity to gain experience — when they clearly involve interns doing the job of a ‘worker’?

Why – if the systems are doing such a great job of protecting  you – are interns starting to display some seriously creepy ‘Stockholm Syndrome’ symptoms, defending the employers who have been exploiting them for months (and excluding their poorer peers)?

And why, after all these months, are internships still the topic that provokes the greatest and most passionate response from Graduate Fog’s community of users?

*What do you make of the Dept of Business’s responses?
Are you surprised they’ve admitted that there isn’t enough money to protect you properly?