Why pay your interns – when nothing happens if you don’t? 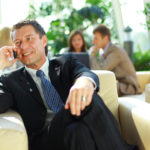 Shocking statistics discovered by Graduate Fog suggest that the official complaints procedure in place to protect interns from exploitation needs an urgent re-think. Left as it is now, the current system will fail over a hundred thousand vulnerable young workers this year.

Despite a recent estimate from Internocracy and the IPPR that 128,800 interns are currently working for less than the NMW or nothing at all this year alone, a government document from the Department of Business, Innovation and Skills reveals that:

Only SIX employers have been prosecuted for ‘non-compliance’ (ignoring) the National Minimum Wage laws in this country, since 2006. As this figure includes all cases involving the NMW, the number involving internships is likely to be even lower.

In 2008/09, the official National Minimum Wage Helpline handled only 34,704 enquiries — 12,000 less than the previous year. Even if all these calls were to report unlawful internships (which they weren’t), this would still only mean 25% of exploited interns had phoned in.

The same year, nearly £45m was recovered in lost wages — but this works out as only £193 per successful complainant, which sounds low to me. Interns working for a month unpaid are entitled to around £928 in back-pay, and those working for three months should earn around £2,784.

Graduate Fog believes that the number of young workers who complain to the authorities is only the tip of the iceberg. I also believe that the back-pay awarded is far lower than it should be — and the number of companies that receive serious punishment for their crimes does not reflect that massive scale on which this exploitation is happening around the UK today.

Meanwhile, I have spent the last THREE WEEKS trying to report the seven companies we have caught advertising unpaid internships — and I am still unable to submit my evidence, thanks to a shambolic complaints system which appears to be designed to prevent complaints from being made (?!).

So, if you’re interning for free and wondering why your boss is still refusing to pay you fairly for your work — the answer now seems clear:

It’s because nothing much happens to employers when they break the law.

1) Not enough exploited workers are making complaints — and the number is falling. The government document reveals that in 2008/9 the official NMW helpline handled only 34,704 enquiries (Remember, only a small fraction of these will be regarding unpaid internships, as this is a general NMW helpline). And — even more shockingly — this number is 12,000 less than the previous year. Are employers becoming better behaved — or has complaining become an increasingly unattractive option for workers facing the fall-out of the recession, increased student debt and ever-tougher competition for jobs? Certainly most interns I speak to feel too intimidated even to raise the subject of pay with their employer, let alone make a formal complaint against them if they refuse to stump up for their wages. Interning is all about striving to make a good impression — and we all know that asking for cash is not a good look. So the assumption that workers should always want to report their employer for exploiting them is incorrect. This is a fundamental problem that needs addressing urgently. If the system doesn’t work for the victims, it doesn’t work at all.

2) Penalties aren’t tough enough. The same document reveals that the main aim of the current system is to recover lost wages for each worker who complains about their employer. It is NOT to shame or scare the living daylights out of employers who exploit their staff — to stop them from doing it again. So all that happens — even in most ‘successful’ cases — is that the employer pays the worker what they should have paid them in the first place. The document boasts that almost £45m has been ‘recovered’ in lost wages — but this actually only works out as £193 per successful complainant. Given that many of you work for months on end with no pay, this sounds very low to me. (A month on the NMW means you’re eligible for around £928 in back-pay. Three months entitles you to around £2,784). And to face prosecution? An employer must be a repeat offender. Which means multiple complaints must have been brought — and proved — against them. Given the tiny number of workers who report their employer (see above) and the shambolic state of the complaints procedure (see below), what are the chances of that happening? The document also hints that it may simply be too expensive to prosecute more cases:

We recognise that it is widely perceived that prosecutions have a deterrent effect and that we need to strike the right balance between prosecutions, civil enforcement and other forms of deterrence, such as greater transparency in cases of non-compliance.

As part of the work that is being done on our compliance strategy… we are looking at whether it is possible and appropriate to prosecute more NMW offences.

We are examining our policy on civil and criminal enforcement to ensure that we get the most impact from the budget available for NMW enforcement.

The document also shows that in 2008/9, only 96 ‘enforcement notices’ were issued and 30 ‘penalty notices’ were issued. I’m still working to understand what these involve (they’re fines, presumably?). But I understand that the identities of companies that receive these notices are kept secret by HMRC, whose staff are banned from discussing details of specific cases with ‘third parties’ (including journalists). So even if a company is penalised for breaking the law, no-one ever hears about it.

3) The reporting system is a shambles. Sorry HMRC — I know your staff are good folks — but it is! The document congratulates itself on the recent “streamlining” of its helpline, to make it easier for workers to lodge complaints:

The new helpline has significantly simplified and streamlined access to these bodies. It enables workers and employers to obtain information and advice and report abuses in these areas all via one number.

In this way, the burden of navigating the system is transferred from the worker to the system itself.

Oh really? If this system is so ‘streamlined” then why – THREE WEEKS, SEVEN EMAILS and TWO PHONECALLS later – am I still unable to submit the evidence I have carefully collected about the seven high-profile companies that Graduate Fog has caught advertising for unpaid internships? (Full, astonishing story to follow tomorrow).

In fact, I believe the current system makes it difficult for any third party to make a complaint against employers who ignore the NMW laws — whether that’s me or a wannabe-intern who is excluded from the opportunity because they can’t afford to work for free. After all, since they won’t have worked for that employer, they aren’t ringing the helpline to try to claim back-pay. So can they still make a complaint? If yes, how easy is this to do — or will the awkward procedure mean they give up before the complaint is properly logged? And even if they stick with it, will they ever find out what happened (since there are strict rules about how much ‘third parties’ are allowed to be told about individual cases)? Has anyone tried doing this? Graduate Fog believes that if HMRC is serious about gaining intelligence regarding incidents of non-compliance from the many ‘eyes and ears’ out there, it must make this process easier for us.

So those are the three counts on which I think the current system is failing the vulnerable workers it is designed to protect. It seems to me that the current complaints procedure is stacked in favour of the exploitative employer – and against the exploited worker.

It’s particularly shocking since the authors of the document clearly do understand how much is at stake if the NMW laws are not enforced effectively. Right at the top of the document, they state:

This year marks the 10th anniversary of the NMW. Despite the controversy at the time of its introduction, it has become an accepted feature of the British employment landscape. It is also a vital one, particularly in the current difficult economic times, as it provides an important floor below which wages cannot fall and a level of protection for all workers.

But if the Department of Business, Innovation and Skills truly believes this, why is the current system so hopeless at protecting vulnerable workers?

ï»¿*Should the government get tough on companies that ignore the NMW laws?
What could the Department of Business, Innovation and Skills do now, to prove that they take the plight of unpaid interns seriously?