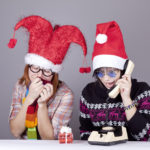 WHO WON’T BE GETTING A CARD FROM US THIS YEAR?

After a storming year, Graduate Fog’s Christmas card list is long, including:

Alex and Jackie at Ten, Nick at Stanton House, Chris at Wikijob, Alex and Rosie at Interns Anonymous, Gus and Ben at Intern Aware, Becky and Dom at Internocracy, Claire Whitmell at JobMarketSuccess, Rob at Career Player, Graham and Kerry at the Guardian, Fiona at the Scotsman, Shiv and Ed (authors of Jilted Generation), Michael at Harry’s Place and Matt at the TUC…

Tragic but true, it is this lot who give me a reason to get up in the morning.

People, your arrogance, spinelessness, incompetence and complacency inspire me more than you’ll ever know. Merry Christmas.

INSPIRING INTERNS
Congratulations Ben Rosen — CEO of this nasty little company — nobody winds me up quite like you do. I hope the feeling is mutual.

DAVID WILLETTS
Willetts, Willetts, Willetts… Are you a good guy who has his hands tied by your Government’s agenda — or a weasly waste of space who is neglecting an entire generation of our nation’s brightest young people? Top tip for 2011: don’t refer to our tribe as a ‘burden’ EVER again. If anyone is starting to look like dead weight around here, it’s you.

TESCO AND SAINSBURY’S
For being the first high profile brands to admit to using unpaid interns (on your in-house magazines, run by Cedar and Seven Squared). A special festive wave to Tesco’s press manager David Neiberg for suggesting that your unpaid intern should be ‘extremely grateful for the opportunity’. Likewise to Sainsbury’s press office Tom Parker for giving us a giggle when you claimed that Sainsbury’s Magazine has nothing to do with Sainsbury’s. Astonishing stuff.

PROSPECTS.AC.UK
What is your website — a quasi-charity or a shrewdly-run business? And why is it so big when it is so bad? I’m still baffled by your CEO Mike Hill’s explanation of how his company works — and why you deleted my good advice to one of their forum’s ‘depressed’ users.  It seemed kind of petty to ban my link, given the distressed nature of this user’s post (and the fact that your own expert’s advice sucks). Mike, your site is the Rubik’s Cube of the careers advice world — but one day, I’ll crack it. Expect more missiles to be lobbed into the Prospects fortress in the New Year. With over 400,000 new graduates flooding out of uni this summer and facing a shocker of unemployment and unpaid internships, the stakes are too high to allow your bizarrely dominant website to hog the ball, unchallenged. Graduate Fog may be small — but you know we’re scrappy.

JANET
The keepers of academic domain names, who stonewalled us when we dared to ask why on earth Prospects is allowed to have its misleadingly wholesome-sounding ac.uk domain name, when its links with university are tenuous to say the least. Jan — if we can call you that — perhaps 2011 will be the year you develop a spine and examine this case properly? We can but dream.

URBAN OUTFITTERS
For having the nerve to advertise openly for an intern to work in your head office for NINE months. Whenever I need an example of a high street brand behaving outrageously towards young workers, I use you. You may also like to know that my blog post about you is the most read on Graduate Fog, with over 1,609 page views to date. And when you Google ‘Urban Outfitters internship’, our post appears on page one. Oh dear — that must be embarrassing.

JAMES CAAN
This time last year, I liked you. But when you started using unpaid interns at your charitable foundation, the love died. Graduate Fog’s users agreed — this story is the second most read on Graduate Fog, with 1,354 page views. It was also my most re-tweeted story on Twitter. Yes, the officials tell me your actions are legal, but when you’re worth £70m don’t you think it looks pretty tight not to pay your junior staff to run your charity? It was also rude of you not to reply to my invitation to tea. But perhaps you had other things on your mind, with that unfortunate baby-buying story looming large?

TIM BIRKHEAD
Foggers may not remember the Cambridge careers chief who informed us that today’s graduates can’t think, but he’s the one who likened the class of 2010 to ‘baby squid’ as you’re ‘numerous and depressingly similar’. Great, thanks for that. Needless to say, despite this criticism of the way you turn out after leaving university, the Birkster still seems happy to keep taking students’ (soon to triple) tuition fees. Funny that.

DODGY UNI CAREERS ADVISERS
Yes, we know there are a few good eggs out there, but there are also some properly shoddy ‘professionals’ knocking about too. This year, Graduate Fog caught one university ignoring their official guidelines by promoting unpaid internships — and found others insisting that uni careers advice is working fine (Er, hello?!). We also heard rumours about careers advisers feeling pressured to flog low-value, high-cost postgraduate courses to their graduating students. Can you say, ‘conflict of interest’? Some of you lot are treading very close to the line — and you’re being watched.

HARRODS
Your astonishing arrogance when I asked you about your use of unpaid interns (in your HR department, press office and personal shopping service) was appalling  — proving yet again that huge luxury brands which cater to the whims of the super-rich really don’t give a stuff about the little people. Your exact words were: “We will not be participating in the feature.” But I didn’t ask you to participate in a feature — I asked you to tell us why you refuse to pay your junior staff.

COUNCILLOR LEANNE TARGETT-PARKER
Discovering that a Labour councillor for Lambeth (one of London’s poorest boroughs) was recruiting for an unpaid intern made me queasy. We’ve come to expect this rubbish from Kensington and Chelsea Tories, but from you it was a kick in the nuts. Your insistence that your placement was a ‘real opportunity’ was even scarier. Hello, moral compass? Can nobody be trusted to do the right thing anymore?

HMRC AND THE DEPARTMENT OF BUSINESS
Congratulations on taking institutional incompetence to a whole new level — and letting down hundreds of thousands of young workers in the process. Your ancient, lumbering systems are a disgrace — and yet you insist they ‘work well’ (which they do — for exploitative employers). You also told us that prosecuting companies which fail to pay interns the NMW is ‘not a good use of public money.’ We don’t get it — why have these laws, if you’re not prepared to enforce them? Shame on you.

EDWARD CORAM-JAMES, VINE PUBLICATIONS
Want to write for a publication nobody’s heard of, just for the honour of “being printed in such a high profile magazine”? Meh — not really, it turns out. Graduate Fog’s cohort of budding journalists rallied in huge numbers to throw metaphorical squashed tomatoes at this self-styled Murdoch-wannabe. You’ll do a lot of things for no pay, but you won’t work for this guy.

NATIONAL ONLINE RECRUITEMENT AWARDS
Why oh why would anybody consider giving any kind of award to Inspiring Interns? Let’s hope we don’t see their name anywhere near next year’s nominations list. Taking this company seriously gives the recruitment industry a bad name.