“I’m ashamed that we ever used unpaid interns” 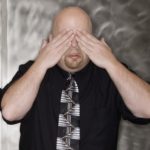 ONE ENLIGHTENED BOSS TELLS HER STORY

**This is a guest post by Leanne Tritton, Managing Director of ING MEDIA. See? Employers’ minds CAN be changed about unpaid internships!**

Apparently, ING MEDIA is a rarity in the PR and communications world because we pay our interns the minimum wage. Tanya de Grunwald, the founder of Graduate Fog has asked me to explain why and how we came to do this.

Firstly, a little bit about ING MEDIA. I founded the agency in 1999 and we are now a team of 20. Like many other small business owners, I have at different times struggled with all of the various aspects of running a business. So I have a huge amount of sympathy for businesses which are trying to do their best by clients and staff.

I can’t remember exactly when we started to use interns but if memory serves me, it was after a combination of outside requests and also members of our team suggesting that we offer internships so that people can gain good job experience.

Internships are so prevalent that I just assumed this approach was fine and we were giving young people an opportunity.

In retrospect, this excuse is poor but I have to be honest and say that I didn’t give it a huge amount of thought. I can be clear that there was no intention to ‘exploit’ graduates — in fact, I was trying to help. And we always reimbursed expenses for travel within the M25 so I reasoned our interns weren’t out of pocket.

I only discovered that what we were doing wasn’t okay when I was chatting to our employment lawyer at Irenicon who told me that it was essentially illegal as it contravened the Minimum Wage Act. The fact that no-one prosecutes is a different matter entirely.

Interestingly, when I discussed this with younger members of the team, they were very concerned that we should think of stopping the internship programme as most employers now expect graduates to have some form of experience on their CV, before being considered for entry-level jobs.

Internships are often a way of demonstrating that you have skills relevant to the industry that you are trying to break into. There are many graduates who ‘want’ to work for free. Generally, they are supported by their parents.

However, over the last few years there have been very compelling campaigns run in both the architecture and broadcasting industries that left me feeling very uncomfortable with the position we had taken. We have always prided ourselves on being a fair and ethical (I didn’t say perfect — there is a difference) agency and I felt uncomfortable with now ‘knowingly’ doing the wrong thing.

So quite simply we decided to pay interns as it is the right thing to do. That was in June 2010. My ‘conversion’ to the cause was a little bit like using bottled water — you buy bottled water (everyone does) and then at no particular time just realise that it’s stupid and stop. There was no particular epiphany.

The benefits of having an intern far outweigh the cost. For those interested, the gross cost is about £958 per month. We take our programme very seriously and interns feel that they are truly valued. Tanya asked me if interns now work harder if they are paid — I can’t say I have noticed a difference but that is because they always worked hard to impress — we have just evened up our contribution.

I also reflected on my own career path — whilst my parents gave me unlimited love and encouragement, their corporate contacts were pitiful. As a country policeman, my dad’s connections stretched to the local greengrocer (I did get a few pieces of fruit from time to time) but little else. They certainly weren’t able to get me in the door with a glitzy media company and there was no way that I or they would have been able to cover the costs of me working for free.

Now, I am firmly of the view that unpaid internships are morally and legally wrong. I don’t believe that small companies set out to exploit graduates but by not paying them, that is exactly what they do. The very basic principle that ‘everyone should be paid for their labour’ is the right one and as business owners we need to respect this. All businesses have costs — and paying your junior staff a fair wage for their work is one of them.

The subject of large companies having unpaid internships is completely cut and dried — they have no excuse. They must know what the law is. They have well trained and informed legal and Human Resource departments — how can they not know. They also have the resources to pay — so there is no excuse.

If a business like ours can pay interns, there is no reason why other businesses can’t.

** Are you impressed Leanne’s company has done the right thing?
Do you hope other companies – both big and small – will follow suit in condemning unpaid internships? Which other companies would you like to see doing this?