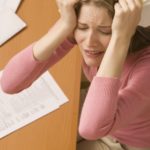 Are unpaid internships dragging down graduate starting salaries? Are tight-fisted employers using the over-supply of graduates as an excuse to pay you less than they paid last year’s university leavers?

Yes and yes, says new research by Incomes Data Services, whose report Pay and progression for graduates 2011 predicts that graduates entering the workforce this summer will find themselves worse off than their predecessors as starting salary rates for graduates lag further behind inflation.

In other words, when you factor in the rising cost of living, graduate salaries are actually falling in real terms.

“With employers maintaining a guarded approach to setting starting salaries in 2011, there seems to be no let-up in the squeeze on graduate pay packets as employers continue to keep a lid on costs.

“Even though the demand for graduate recruits is showing some signs of revival, the competition for places means that employers are under little pressure to increase current rates, despite high inflation.”

Evans is too polite to say it, but she means that employers are screwing over graduates – for the simple reason that they can.

If you’re interested in the numbers, the report shows that the average starting salary for graduates increased by just 1% to £25,166 in 2010, while the retail price index (RPI – a measure of inflation) has not dipped below 3.7% all year. According to IDS, starting salaries are projected to rise only by another measly 1% this year, to reach an average of £26,045. When the latest figures show inflation at 5.5% (February 2011), this will have a big impact on the amount of cash graduates have in their wallets. And, don’t forget, those are just the lucky ones who actually find a paid job.

This downward trend certainly fits with my experience.

I kept quiet about it at the time but back in February I was approached by a company wanting to advertise a marketing analyst role on the Graduate Fog Job Board. The (detailed) job description sounded promising, until I saw the salary. The recruiter had written:

We are pleased to offer a starting salary of £12,334.40 for this entry-level position.

This was for a graduate job, based in London. I remember when I started in journalism in 2002 and the editorial assistants were paid £12,500 – and that was considered shamefully terrible ten years ago! And now this seemingly reputable company was announcing they are ‘pleased’ – ie proud – to offer this pitiful amount, nearly 10 years later?

I wrestled with whether to put this on the job board – one of you guys might love this opportunity, right? And it’s not less than the NMW – but I decided against it. For one thing, the idea that this employer was very happy to pay me my full fee whilst offering their graduate employee such a low salary made me feel a bit queasy. So I wrote back:

Thank you for sending details of your Marketing Analyst role. Unfortunately, although the job sounds like a great opportunity, I’m afraid I’m not going to be able to run the ad. This is simply because of the salary offered.

Of course, it is entirely up to you what you pay your staff (as long as it’s more than the NMW), but as Graduate Fog is all about battling for a fairer deal for graduates (most of whom are in enormous debt) I feel that running an ad for such a low-paying role for a graduate would undermine the trust that my users have in me for fighting their corner.

I assume it is unlikely that you are willing to consider upping the salary for this role, but I would be happy to run the ad if you were paying £16,000+. If you have other roles in the future that are in line with this salary level, please do get in touch.

Many apologies for this – I’m sorry I didn’t make it clear earlier that salary is an important factor here. To be honest I didn’t realise until now that it was – and will now change my info pack accordingly.

I hope you find an excellent candidate for this role and that you understand my reasons for being unable to run the ad on Graduate Fog.

Needless to say, I never heard back.

Are unpaid internships to blame for this salary slump? I think so, at least in part. So far on this website, we have focussed on the social consequences of this corrosive practice – but I suspect we are about to feel their economic impact too.

Think about it. Through desperation and a lack of awareness about their rights and their employers’ legal responsibilities, too many graduates are now prepared to start their working life being paid nothing at all, as unpaid interns. Fast forward six months and they are thrilled when their employer offers them a salary equivalent to the National Minimum Wage (even though this wage was originally brought in to protect the lowest skilled workers in our society – it was never imagined it would be offered for graduate jobs).

Then factor in the dire state of the economy – and how tight-fisted bosses are right now – and how hard it is for any of us (at any stage in our career) to negotiate a pay rise in this climate. Even if you start your working life on £16,000 (far above the NMW), it will take a long time to push it up to the IDS’s calculated average of around £25,000.

And that’s another thing – how many of your friends are earning anywhere near £25,000?

I believe that this ‘average’ figure is hugely misleading. When you look at the small print it’s clear why it’s so high – because it actually factors in those graduates who enter high-paying fields like law and accountancy, who skew the numbers significantly (their average starting salary is a whopping £30,700). I suspect the median starting salary would reflect a much more accurate picture of the way thing really are.

There was a glimmer of hope, however. Across the entire workforce, IDS found that graduate recruitment actually leapt 16% in 2010, led by the private sector ramping up its recruitment of graduates as the economy emerged from recession. But Evans warned that this good news should be seen in context:

“After a difficult recession, companies once again turned their minds to expansion in 2010. However, economic uncertainty still lingers and we expect to see a considerably more muted intake of graduates throughout the workforce in 2011.”

And graduates considering careers in the public sector should be particularly careful about the decisions they make, said Evans:

“Putting graduate programs on hold is an obvious way to reduce costs, and with the public sector slashing costs in order to plug the black hole in the public finances, graduate recruitment is likely to be low on the list of priorities at public sector organisations.”

The researchers also warned that the number of applicants for every graduate vacancy could increase in 2011, as a backlog of graduates from the Class of 2010 have a second attempt at gaining employment in their preferred areas.

So once again, I fear the official statistics are about to prove what the Graduate Fog community already knows…

PS. Sorry this blog post is so gloomy – but Graduate Fog’s users say again and again that you love this site because we tell it like it is! But I before you freak out completely, click here to find out how to find a job in a recession

*Are employers shafting graduates on salary?
What graduate salary do you expect – and what would you accept? Among your friends, what is the average graduate starting salary? Do you agree that in the downturn employers are taking advantage of young people, squeezing you financially through unpaid internships and rock-bottom starting salaries? How does this make you feel? And did I do the right thing telling the employer offering a graduate salary of £12,300 to piss off?