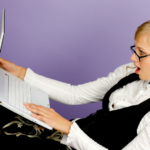 EARNINGS TOTAL £500,000 FOR FLOGGING PLACEMENTS AT THE SCOTTISH PARLIAMENT

Earlier this month, Graduate Fog accused universities of sending mixed messages about unpaid internships – saying officially that they are against them, whilst simultaneously promoting them to students and graduates. Graduate Fog has also discovered that a number of institutions have been working with the highly controversial recruitment company Inspiring Interns, effectively making themselves a ‘broker’ in facilitating the practice of unpaid internships.

But shocking new evidence suggests that Edinburgh University has gone a step further – SELLING unpaid internships within the Scottish Parliament to wealthy American students from exclusive universities, at £5,560 a time. According to the Scotsman newspaper, the Russell Group university has made half a million pounds in the last decade.

According to the paper, students on these placements are expected to do demanding work for various MSPs – yet receive no payment for their labour.

A spokesperson for Edinburgh University told the Scotsman:

“The period which students spend in Parliament is an integrated, supported and assessed part of the wider internship programme. Our students are properly trained and informed to work with MSPs.”

Asked if the price of the placements made them only accessible to rich students, they said:

“Our programme delivers a quality educational experience. We believe that students on this programme are getting value for money and this is backed up by the excellent feedback we get from students and MSPs.”

Graduate Fog is taking these pathetic responses as proof that neither Edinburgh University not the Scottish Parliament has any understanding of the seriousness of this situation – or the damaging consequences of their actions. Where is their explanation for this appalling lack of judgement? And where is their pledge that it will never happen again? And did you hear an apology? Because I didn’t…