WIN… a young slave for the day! 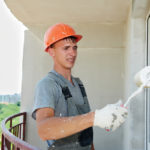 BRAND OFFERS THEIR WORK EXPERIENCE ‘BOY’ AS A COMPETITION PRIZE

In recent weeks, Graduate Fog has noted an unsettling trend for thoughtless brands treating youth unemployment — including graduate unemployment — as a bit of a giggle. (The BBC appears to be turning it into a gameshow).

The latest example comes from Frijj — Dairy Crest’s milkshake brand — who are currently offering their customers the chance to “Win Warren, our work experience boy.” Apparently, “He’ll do anything you want him to!” — including picking up dog poo.

Competition winners will enjoy Warren’s company for a day, during which he will be obliged to complete any task they give him (“within reason and the law”).

Here are just some of the tasks that “Warren the work experience boy” completed this month:

Am I having a sense of humour failure — or is this seriously unfunny? At a time when one in five young people is unemployed in the UK — and over 100,000 of you will work as unpaid interns this year, often performing menial tasks and errands that teach you nothing — I’m afraid I’m missing the joke. So I emailed Frijj:

My name is Tanya de Grunwald and I run a website for job-seeking graduates, called Graduate Fog.

I am writing regarding the “Win Warren” marketing campaign you are currently running at Frijj.

There is great concern among my users that too many young workers are not being treated with respect and dignity they deserve – and that their ‘internships’ or ‘work experience placements’ too often involve nothing more than a collection of menial tasks and errands which teach them nothing.

In light of this, your “Win Warren” campaign is likely to hit the wrong note with them, as Frijj appears to think that the humiliation of a young worker is funny or entertaining (and you seem confident that your customers will share this view). This is made worse by the fact that presumably the goal behind the campaign is to sell more Frijj milkshakes, so in effect Frijj could be seen to be using Warren’s humiliation to boost your profits. In the video I watched, Warren was asked to make a winner a drink, clean his car and carry out menial garden chores.

What is your response to this complaint?

And can you at least confirm that Warren is paid for his work?

This is a light-hearted, ‘tongue in cheek’ campaign that is meant to entertain and in no way offend any of our consumers. Warren is a paid actor and the activities that he has undertaken have all been supervised to ensure that he was entirely comfortable with anything he was asked to do.

This campaign was researched thoroughly with our consumers before launch, and it was seen as being a good fit with a fun brand that doesn’t take itself too seriously. It was never our intention to make fun of graduates, which is why we have never referred to Warren as a recent graduate in any of our communications. Instead we have focused on Warren as a generic work experience boy working on a fun, quirky brand. Consumer responses online and on Facebook have been very positive amongst our core target market of 15-24 year old males. The campaign is due to come to an end on June 30th, but we sincerely apologise if the activity caused you or any of your graduates offence, which was never our intention.

I hope this goes some way towards allaying your concerns – thank you for bringing them to our attention.

What do you make of that?

I’m pleased that Frijj have apologised — it’s more than most brands do when we confront them! But I’m still tripping over the way she referred to him again as the work experience ‘boy’, even after I spelled out our concerns that young workers aren’t being treated respectfully. I’m also not convinced she really ‘gets’ what I meant. While Graduate Fog is a website for university graduates, I certainly wasn’t saying that treating young people without degrees like this was acceptable either.

As for her assertion that men aged 15-24 have found this marketing campaign hilarious, are you as puzzled as I am? If Frijj’s customers really do find this funny, is it possible that it’s because they are closer to 15 than 24 and haven’t yet faced the horror of the jobs market for themselves? Because I find it hard to imagine that anybody who has worked as an unpaid intern will be splitting their sides when they see this.

*Are Frijj comedy geniuses — or playground bullies?
Is the idea of winning a work experience ‘boy’ funny? Are you disappointed that a young brand like Frijj could get this so wrong? Or is it just a bit of fun?