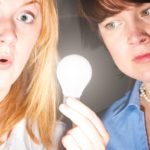 A graduate recruitment expert has suggested a possible solution to the graduate unemployment crisis. And, following last week’s news that 83 graduates are applying for every vacancy, Graduate Fog is all ears…

Cary Curtis — founder of Give A Grad A Go (GAGAGO), a recruitment company which match-makes graduates with small to medium size employers (SMEs) — thinks the Government could be doing a lot more to help graduates into paid jobs after university. He has told Graduate Fog he would like to see more discussion about ways to entice SMEs to open their doors to more graduates. Curtis told me:

“Many SMEs tell me they would love to hire new graduates — but that it is still too expensive and risky to do so in the current climate. The SME sector is doing extremely well but budgets remain tight. As they struggle to come out of a fairly troublesome period, companies are understandably cautious about increasing their costs too quickly.

“One idea for reducing this recruitment cost –without decreasing graduate salaries — is for the Government to offer tax relief to companies that employ graduates. For example, waiving the employer’s National Insurance for the graduate’s first year with the company would result in a 14% saving. That’s a big reduction — so it could be quite enticing.”

This is just one idea. Curtis also points to a number of existing schemes where companies effectively get paid by the Government to take on graduates. Unfortunately, they aren’t widely publicised and there are very few of them — so they are difficult for companies to register for. But Curtis believes that if the idea was scaled up, it could mean significantly more jobs for graduates:

“If schemes like this were made more widely available, that would be a great incentive — especially to smaller companies — to start considering new graduates. There would obviously be wages to pay — but the fewer barriers to entry the better.”

Curtis says these ideas have been knocking about for a while — but have received surprisingly little serious attention:

“In the two years since GAGAGO started we haven’t seen any significant changes in recruitment law that the companies we work with have been able to use in order to take on more recruits.”

Like Graduate Fog, Curtis and his colleagues have been concerned for some time that the Government seems muddled about how best to tackle the problem of graduate unemployment and is sending out “mixed messages” to employers about the best way to help graduates into work.

In May GAGAGO put forward a Freedom of Information request to uncover the truth about the Government-funded website the Graduate Talent Pool. Curtis explains that this was because: “We wanted to get a clearer idea of how the government-run graduate portal was working and how successful it had been to date.”

And they did — when they discovered that a quarter of the vacancies listed since the sites launch were unpaid.

Curtis says he stands alongside Graduate Fog and the interns’ rights groups agreeing that unpaid internships are unfair and exploitative:

“Our opinion is that unpaid internships are negative for both the graduate and the employer — that’s why we don’t work with employers who run them. It’s a myth that anybody wants to work for free — people would always prefer to be paid for the work. When interns are paid, they feel motivated, valued and are more inclined to give 100% and take proper ownership of their work.

“Employers notice a difference too. If you’re not paying your intern, they’re more likely to look for other jobs during their time with you — and more likely to leave you in the lurch if a paid position comes up (fair enough, I say!).

“I’m not saying that unpaid interns do a bad job, but the relationship with their employer is always more strained as there is no trust on either side. In contrast, paid interns tend to be happier in the workplace and this is reflected in their work.”

*Are these ideas worth pursuing?
Would you like to hear more proposals about how the graduate unemployment problem might be solved? Do you have sympathy with employers who want to take on new staff — but are worried about the cost and risk? Do you think ideas like this could work? Do you care whether an employer is being paid to take on new graduates– as long as it means more jobs?