Should the government dump its advisors on interns? 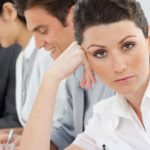 Wondering why nothing is happening to enforce the law on paying interns the wages you deserve for your work? New evidence suggests that the organisation advising the government on this issue doesn’t have a clue what it’s talking about.

During the Guardian’s live online Q&A What should be done about internships? last week, a representative for the Chartered Institute of Personnel and Development (CIPD) – the professional body which advises the government about improving young people’s access to the labour market – revealed shocking gaps in its knowledge about the facts on internships.

She also claimed that the issue of payment for interns is a “grey area,” when it isn’t. This caused interns rights campaigners to turn on the CIPD, grilling their spokesperson about her place in the debate.

As I mentioned above the CIPD does encourage employers to pay the NMW, but at the end it is down to the intern and the employers to negotiate what is both acceptable for them. (i.e. the intern may see the internship as a crucial investment and accept a lower a pay – although I do understand the issues around being able to afford this or not)

In terms of the NMW, there are significant enforcement issues, in terms of the law, this is still a really grey area, as employers can simply categorise interns as volunteers and unless the intern is willing to make a complaint (which hardly ever happens of course!) and unless the HMRC have greate ressources to be proactive in enforcing a national minimum wage is extremly difficult.

Of course the argument behind enforcing a NMW is a strong one, as highlighted in many of the contributions so far but in today’s difficult economic times many employers would just not offer internships at all if they had to pay the NMW. So our wage suggestions of £2.5 was aimed at balancing these issues.

Graduate Fog was amazed that somebody who had been invited to join the panel on a Guardian Q&A could be so embarrassingly ignorant about the details of the National Minimum Wage law. But it gets even scarier. The representative’s biog reads:

Katerina Rudiger is a skills policy adviser for the Chartered Institute of Personnel and Development (CIPD), a HR and development professional body. Katerina is also working with the government and other key stakeholders to improve young people’s access to the labour market.

Let me get this straight. Someone who is advising the government about widening access to the job market for young people doesn’t even know the facts about what is and isn’t legal in this country? That’s pretty terrifying.

In January 2011, Graduate Fog reported before about the CIPD’s suggestion that graduates should earn a ‘training wage’ of £2.50 an hour. We thought the idea was a stinker back then – and it still is. (Graduate interns only worth HALF the minimum wage?)

Every time the CIPD pushes this pathetic ‘compromise’ wage (perhaps Katerina would like to try living on £2.50 an hour? That’s £100 a week), the organisation threatens to undermine and de-rail the campaign for interns to receive the minimum salary that you deserve for your work – the NMW (£5.93 an hour).

Graduate Fog, Internocracy, Intern Aware, Interns Anonymous and the NUS are working our butts off to get the existing NMW law enforced (because it DOES cover interns) – only for someone who hasn’t bothered to read up on the facts to come along and peddle inaccurate information in a public forum where it will remain permanently.

To add insult to injury, the CIPD’s appointed numpty then found the time to have a pop at interns who are unable to pull off the notoriously difficult trick of turning their unpaid internship into a paid job, saying:

However, I do think if you are doing too many internships this can actually work against you – if you have been working for free for the past two years in a number of organisations this would not demonstrate your employability to a future employer.

Nice one Katerina. So you’re not going to help us ban unpaid internships – you’re just going to stand on the sidelines sneering at the graduates who do so many of them that they come across as unemployable. And you’re advising the government?

Happily, I wasn’t alone in feeling disgusted and outraged by her attitude and ignorance – and the other interns’ rights campaign groups rallied to attack her, picking up on her poorly-researched and illogical argument.

When I challenged Katerina’s point that interns and employers are free to negotiate between them whether the intern should be paid (total rubbish – they’re not) Rosy Rickett from Interns Anonymous wrote:

Tanya is absolutely right- the law is not defined by the employer or the intern- but by the law!

@RosyRickett- absolutely agreed. Ultimately what a lot of this discussion comes down to is the selective application of minimum wage law.

And Becky Heath from Internocracy said:

@KaterinaCIPD paying your employees is not a grey area – employers just think it is because people tell them it is.

In response to the CIPD’s training wage idea, I wrote:

Here’s a crazy idea – rather than worrying about creating this ‘middle ground’ which helps nobody, why don’t you get behind those of us who are really trying to help interns get the pay that they are legally – and morally – entitled to?

For some reason unknown to me, your organisation is held in high regard by many. Why aren’t you aren’t prepared to use that to help get a deal for interns that is actually fair – and provides them with enough money to actually live on? So far, your organisation’s presence in the internships debate seems to be doing more harm than good. Can you explain to us what value you adding, exactly? All I can see you doing is confusing the issue and undermining those of us who are trying to educate young people on their rights as workers.

I remain baffled as to what makes the CIPD worthy of their position advising the government on this vital issue, when they have shown they don’t have a clue what they’re talking about. Can anybody shed any light on the matter?

*Are you concerned that the government is taking bad advice on interns?
Do you think it’s acceptable that somebody in such an important position thinks that unpaid internships are a “grey area” legally? Should the government dump its advisors on interns?