Ad agency BBH: “We pay our interns the NMW” 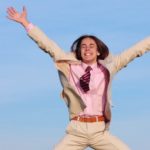 BUT ARE THEIR COMPETITORS AS WELL-BEHAVED?

The British advertising agency Bartle Bogle Hegarty (BBH) has become the first Pay Your Interns target to tell Graduate Fog that the company pays its interns the National Minimum Wage (£5.93 an hour, rising to £6.08 from 1 October).

When we emailed BBH’s press office to ask about their policy on internships, BBH’s spokesperson told us:

“We do indeed have interns at BBH, under three different schemes. The first scheme is a weekly work experience, for on average two people each week, who are 18 years and over. The individuals will get to meet key people around the agency in order to find out more about the communications business and roles within it. As this type of scheme is more about individuals finding out about and shadowing people from the agency, we pay £50 towards their weekly travel and lunch. Anyone interested in this scheme can email oneweek@bbh.co.uk to find out more.

“The other two schemes we run and pay participants the National Miniumum Wage, are called “The Barn”, which is specifically for creative teams and “Home Grown.” The Barn intern programme runs for a three month period (we have four placement slots throughout the year) and The Home Grown programme can run for between two weeks to three months.

“These schemes are a great way to give people the opportunity to learn more about our business and for us to attract, nurture and inspire new talent. The Barn and Home Grown scheme had 28 interns in 2010, 9 are now permanent employees and so far this year we have had 27 interns, 2 of which are now permanent. For further information on the Home Grown Scheme please go to www.bbhhomegrown.co.uk.”

The advertising industry has a bad reputation for using unpaid interns – so Graduate Fog is encouraged to hear that one of the country’s biggest agencies does not. BBH joins fellow ad agency Mother, which told Graduate Fog recently that it pays all its interns at least the London Living Wage (£8.20 an hour) – as well as providing free meals at their in-house canteen.

But what about their rival agencies, Ogilvy, AMV and McCann Erickson? Are they treating their young staff equally well? Graduate Fog has emailed them – but no response has arrived as yet. We will keep you posted…

*Have you worked for BBH as an unpaid intern?
We have no reason to think they are fibbing – but if you know something we don’t, please get in touch and we’ll go back to them. If you have interned unpaid for any other big ad agency, we’d love to hear from you (100% anonymity guaranteed).

Which other companies are we targeting in our Pay Your Interns campaign? Click here