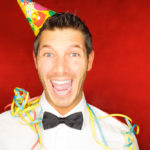 Shock news reaches Graduate Fog – some employers pay their interns MORE then they need to by law!

John Lewis has told our Pay Your Interns campaign that the company pays their interns “£300 a week — around £8.50 an hour”. This makes them the highest-paying employer of interns we have spoken to so far.

Nationally, the minimum wage is £5.93 per hour (rising to £6.08 on 1 October 2011). The ‘living wage’ – the minimum amount needed to cover life’s essentials – is £8.30 an hour in London and £7.20 outside the capital. So the department store is paying its young workers a lot more than it is legally obliged to.

The company runs a formal Retail Management Summer Internship scheme which lasts for six weeks, which 34 people young people completed this summer. A John Lewis spokesperson told us the company’s interns “work alongside the management team” and have “a structured programme which includes working on live business project” alongside management which is offered at branches across the country.

We suspect the reason that John Lewis is a shining example of class and decency when it comes to treatment of their interns has a lot to do with their staff policy in general. John Lewis is run as a ‘partnership’, where everyone who works within the company has part ownership of it. Here is how they describe the partnership on their website:

“All 76,500 permanent staff are Partners who own 33 John Lewis shops across the UK (29 department stores and four John Lewis at home), 264 Waitrose supermarkets (www.waitrose.com), an online and catalogue business, johnlewis.com (www.johnlewis.com), a production unit and a farm. The business has annual gross sales of over £8.2bn. Partners share in the benefits and profits of a business that puts them first.”

Are John Lewis’s competitors treating their young staff as well as they are? We have approached the store’s rivals – including Debenhams, House of Fraser and Marks & Spencer – and will let you know what they say…

*Are you impressed by how much John Lewis pay their interns?
Does it make you think more of their brand? Should other companies should follow suit?