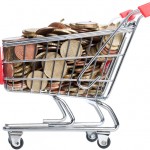 …YET TELLS US IT “DOES NOT HAVE AN INTERNS SCHEME”

Tesco told Graduate Fog that it “does not have an intern scheme” — 10 days before the supermarket was forced to remove adverts for 145 unpaid “customer assistance” internships from a website in Ireland, positions which critics have dubbed “shelf stacker interns”.

The internships were advertised through Jobbridge, the controversial Irish National Internship Scheme which allows companies to promote lengthy, full-time internships, paying only 50 euros (£43) a week as expenses. Here is part of the ad for one of the Tesco internships, which lasted six months:

“The intern will gain practical experience in retail excellence in an exciting and fast moving environment. The role is to help our customers get what they want by filling shelves according to merchandising plans and ensuring that Customers do not have to queue.

“The intern will gain skills such as stock rotation, customer service skills, management of waste and damages and merchandising to plans routines. The intern will receive a full induction, Department specific training and Tesco Options training.”

The advertisement caused outcry in Ireland among young people and several workers’ unions, although the story received little attention in the mainstream press as Tesco is such a powerful advertiser. The ads were removed on 19th September — but this was ten days AFTER Tesco told us they definitely did not have an internship scheme, when we approached them as part of our Pay Your Interns campaign. Their spokesperson wrote:

“Tesco does not have an intern scheme”

In our email was to Tesco’s UK press office and we had not specified whether we were interested in their internships policy in the UK or globally, so it’s possible our Tesco spokesperson didn’t think the Irish furore was relevant. But shouldn’t he have mentioned it anyway? If Tesco have separate Irish and UK press offices, might he not have known about it? Or are we being too generous? We have asked the company to clarify this apparent omission on their part and will let you know when the respond.

This is not the first time Tesco and Graduate Fog’s paths have crossed — in July 2010 the brand reacted angrily when we questioned them about an advert for an unpaid internship at Tesco magazine, lasting 3-6 months. The very same spokesman failed to take any responsibility and told us to speak to Cedar (their contract publisher, the company Tesco pays to produce the magazine for them). When pressed, the spokesman insisted that he had done several internships himself when he worked in journalism and that unpaid placements:

“are an invaluable way of gaining experience in an industry that is very difficult to get a foothold in. I personally worked on this basis for two national newspapers and was extremely grateful for the opportunity.”

Despite announcing their worst sales figures in 20 years this week, Tesco is still forecast to increase its overall trading profit by 7% £1.81bn for the first half of the year – so it can hardly claim it doesn’t have the money to pay its young staff. In the UK, Tesco sold £42.25bn of goods and services last year — the equivalent of £80,000 a minute.

With numbers like this, we would hope that Tesco would set an industry standard when it comes to fair payment of their staff. Unfortunately, a picture is emerging of a corporate giant with very deep pockets — but very short arms.

*What do you think of Tesco’s attitude towards interns?

Does it shock you that such a huge company should jump at the chance to gain free labour from young workers in Ireland? Did the Tesco spokesperson deliberately mislead us – or didn’t he know about the furore in Ireland? Have you interned at Tesco — either in the UK or abroad – and if so, were you paid for your work?