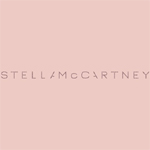 Christmas has come early for fashion interns as the brand Stella McCartney — whose unpaid internship programme has been consistently criticised by campaigners — has told Graduate Fog that they no longer use unpaid interns. Even their work experience placements (which are mainly work shadowing and observing) will be paid £600 a month from January 2012. This effectively closes down the brand’s unpaid placement programme.

When questioned as part of our Pay Your Interns campaign, a spokesperson from the brand has confirmed that Stella McCartney has “reviewed and improved our internship policy” with plans to offer only paid placements from the beginning of next year.

If you’ve been following the interns’ campaign for a while, you’ll know that Stella McCartney is an old enemy of the cause.

“I felt as if I was dirt on the floor — We would have to work from 9am until late. I tried to leave no later than eight [but] I know other interns who would work until midnight steaming clothes and mailing envelopes — unpaid.”

Later, the Daily Mail reported that one of the sites’ administrators alleged that a representative from Stella McCartney demanded that the post be removed.

“He told me he would make life very difficult for me at work, basically insinuating he would try and get me sacked from my job in PR. I didn’t want to get sued, so I took down the post. Then he started making threats to everyone who had re-tweeted the story on Tweitter. I got emails that night from all sorts of people saying they had got randome phone calls and emails laced with legal threats.”

Then last month — when Panorama approached the brand for a comment about stories of alleged mistreatment by interns at Stella McCartney — the BBC received this response:

“We are sorry to hear when an intern doesn’t have a good experience with us and we take the matter seriously to constantly improve their experience. It is perhaps a shock for some young people to see how intense and performance driven the industry is and I am very sorry if the reality of the fashion industry doesn’t always match their expectations.”

At Graduate Fog, we were unclear how the “reality of the fashion industry” or an intern’s “expectations” impacted an employer’s responsibility to pay their staff the minimum wage, so we asked Stella McCartney to clarify their policy on internships once and for all. After 20 emails and seven phone calls to Stella McCartney’s PR and HR departments spanning over six weeks, we finally received a response from the brand — and we were pleasantly surprised with its content. It’s not perfect, but by their usual standards it’s positively humble…

Sorry for the delay in getting back to you. We are very fortunate as a brand to receive hundreds of requests for internships every year and we believe we have been running a mutually successful program with dozens of interns over the years gaining experience across various departments of the company in the UK. We always, review and improve our internship policy to better the experience, and we operate within the law. We currently offer short periods of flexible and practical work experience or unpaid internships to students still studying in higher education, and since January 2011, we offer 2 paid internships (paid the minimum wage) in the communications department for 2 outstanding graduate students for a year maximum. Please note that all interns get a lunch voucher and travel expenses covered (zone 1-zone 6)

We are looking to introduce the following program as of January 1st, 2012 articulated as such:

1) For “Work Experience” – for those still studying — Stella McCartney Ltd compensate 600 GBP per month as expenses to include travel and lunch:

“Work Experience” students can expect to shadow projects, learn how processes work and be involved in the day-to-day runnings of the office.

2) For “Internships” – for those who have graduated or are no longer studying we already pay minimum wage plus luncheon vouchers and travel expenses.

Internships will offer the opportunity to get involved in projects and will be given set tasks to complete. Internships period will last from 3 months to 1 year.

We do believe in internships as a way to recruit talented individuals and our internship program absolutely do lead to employment within our brand or elsewhere in the industry for the most outstanding interns. Our program works two ways: It is for individuals to gain valuable experience and training in the work place, as well as an opportunity for us to have new forward thinking people in the business, that we can also learn from and eventually hire.

For your information, out of the 7 permanent positions made available in the Communications Department alone in the past 18 months, six of them have been filled by interns and they are still fully employed with the brand today. Alternatively, when we don’t have any positions available we actively work to place the best interns into positions through our contacts within the industry. Again, in the last 2 years alone, 8 of our past interns have gone onto secure roles in the industry through our recommendation.

As we said, it’s not perfect — and doubtless many of you will be yelling at your computer “Yes we know some unpaid interns end up getting paid jobs, that’s a big reason why the system is so unfair!!”

We also think it’s important that everybody at Stella McCartney understands how important it is to maintain the distinction between “work experience” and “internships.” It is vital that their “work experience” staff members stop short of doing the role of a “worker” as defined by law (in which case they should be paid at least the NMW).

We couldn’t resist a little gloat, so we asked about the motivation behind their change in policy. Was it due to mounting public pressure and growing campaign for fair pay for interns?

Thank you for getting back to me – and we are very pleased to see that Stella McCartney, as a market leader, are reviewing their policy on internships. We look forward to telling our readers.

Would you mind provided a comment to go alongside our blog post about this encouraging change in policy? Did Stella McCartney decide to change their policy because of public pressure, or was there another reason?

Thank you, it is true that, on one end, we’ve been operating well under the law but on the other end, our 10 year old program needed to be revised and take in better consideration the reality of a student’s lifestyle in this day and age in the UK. We evaluated and adapted all processes involved including hiring, monitoring, reviewing and their benefits. We started a year ago and the new system will be in full effect as of January, guided by what is done in other European countries, such as France and Italy. We hope our new system in the UK will work out for all parties involved, yet we are open to review it if need be.

The news comes as HM Revenue and Customs – the officials responsible for enforcing the minimum wage law for interns – announced a new crackdown on fashion houses who exploit their interns. Deputy Prime Minister Nick Clegg backed the move, saying:

“I strongly urge fashion houses and designer labels to make sure they are treating interns fairly. Where an individual is entitled to the minimum wage, they should receive it. Internships provide valuable opportunities in opening up doors for the future. They should be available to everyone, not just those who can afford to work for nothing.”

Graduate Fog is claiming this as an important victory for the interns’ rights movement, which has gathered real momentum in the last few weeks. We all agree that this is a battle that is too important to give up on – and we are looking forward to more big victories in 2012.

*Has what do you make of Stella McCartney’s U-turn on interns?
Will other brands – both in fashion and other industries – follow suit? Do you believe the label changed their policy for ethical reasons – or because of all the negative publicity? Does it matter, as long as interns are given a fair wage for their work?