Pick a side, Vivienne! 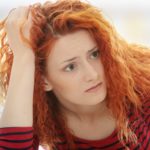 Graduate Fog was surprised to hear that Vivienne Westwood is backing the Occupy LSX protest – when we revealed last month that the fashion designer refuses to pay her own interns, who work full-time for up to three months. Given that the protest is against corporate greed, her actions seem at odds with her own company’s policy on using unpaid workers.

According to the Telegraph and Grazia, Westwood swung by the protest this weekend and spent almost two hours touring the camp, and expressing her support for the anti-capitalist campaign, telling protesters: “What you’re doing, I think it’s wonderful.” Her son Ben, who has visited the camp numerous times, said that his mother was so moved by the experience that it’s likely she will make a second visit in the coming week.

Yet, as we reported in October as part of our Pay Your Interns campaign, Westwood’s people are continuing to brazenly advertise long, unpaid internships at the fashion house on their own website, including a three-month full-time “Virtual Merchandising Assistant Internship” for which successful candidates will need to be able to use the specialist design programme Adobe.

When we questioned them about how they felt this position fitted with the National Minimum Wage law – which states that anybody who works set hours and has set responsibilities is classified as a ‘worker’ and is therefore entitled to pay – their spokesperson said:

“I can confirm that we offer a range of internship packages which vary depending on the department, experience of the student and duration. I am afraid that, as a privately owned company, we do not release details of our employment conditions so I will be unable to give you any further information.”

The news comes as HM Revenue and Customs have vowed to create a specialist 12-man taskforce to implement a crackdown on the fashion industry, known to be one of the words offenders when using unpaid interns. The special “dynamic response” unit will have the power to do unannounced raids – and question managers and sift through accounts until it is satisfied that no abuse is taking place.

Spokeswoman for OccupyLSX Naomi Colvin expressed her delight over Dame Vivienne’s visit saying, “Vivienne Westwood is a great British icon and it’s brilliant she wants to contribute.” Graduate Fog agrees that high-profile backers are a valuable asset to this important campaign. But we think it would be even more brilliant if Westwood would put her money where her mouth is and start paying her interns a fair wage for their work. If she really wants to show she is on the side of ordinary people, rewarding her young staff fairly for their labour would be a good start.

*IS VIVIENNE WESTWOOD A HYPOCRITE?
Can individuals and companies really claim they support the Occupy campaign without paying their interns properly? Is it hypocritical that Westwood is telling the world she supports the plight of ordinary people whose lives are affected by corporate greed – when she herself is profiting from the unpaid labour of desperate young workers?