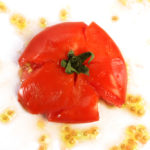 Simon Cowell faced a Twitterstorm during last night’s X Factor final, as our story about four unpaid interns working full-time on the X Factor set for the last three months was re-tweeted thousands of times by angry followers.

In less than an hour, our website received over 3,500 visits, as news spread that the ITV show has had four full-time, unpaid interns working on-set for the last three months, assisting stylist Laury Smith. Our story enjoyed a major boost when it was retweeted by Times columnist and author Caitlin Moran and Labour MP for Walthamstow Stella Creasy. It said:

Ads on #xfactor tonight cost £8,000 per SECOND. Yet they can’t pay their interns the min wage?! http://t.co/InKCMebn @simoncowell

The excitement marked the end of a busy weekend for Graduate Fog. On Saturday, news broke that broadcasting union BECTU had convinced officials at HM Revenue and Customs (who are responsible for enforcing the minimum wage for interns) to study our evidence – which could lead to an official investigation. This was picked up by the Guardian, whose story was also widely circulated on Twitter and Facebook.

If you haven’t been following our story this week, here’s what happened. We were first tipped off about four unpaid interns working on set by Daily Mail columnist Liz Jones. In her piece Inside the X Factory she alleged that the inerns — working for X Factor stylist Laury Smith — were “exhausted and in tears.”

We then approached representatives for the X Factor Style Team, who confirmed that there were four “regular” interns (“occasionally more on show days — Saturday and Sunday”), who had been working on-set for the last three months. Their duties involved “organising contestant and dancer clothes, picking up, co ordinating at studio, pressing garments, customising garments and doing returns after the live shows” and their working hours were “generally 10-6ish” (“Later sometimes if on video/ studios far out of town like Teddington & Shepperton”). Despite being paid only “travel and food,” Smith insisted:

“They are a great group, they work hard and we really cherish them. It is a totally normal situation in the industry, they get great experience and are now really ready to be employed as fashion assistants, with a years worth of experience in 3 months and a great reference”.

When we then approached Talkback Thames — the production company behind X Factor — they insisted they were “not aware” of the existence of these interns and asked that we make it clearer in our editorial that “her [Smith’s] interns are not X Factor interns.” A second spokesperson insisted this had been “an isolated incident.”

But we think that’s not good enough. Bosses of companies that make money from young people should be aware that being found to have unpaid interns working for them is a very bad look. With record youth unemployment, the spread of this illegal practice is a big – and emotive – issue for those in their teens and early twenties. These interns receive payment towards their travel and food – but how are they supposed to pay their rent and their other bills? Living in London is expensive – and experience and expenses do not equal pay.

Unpaid labour is not the solution to youth unemployment – it is a big part of the problem. That’s our message to Mr Cowell. If X Factor is found to have broken the law, we would like him to issue a public apology so that other big businesses will get the message loud and clear that it is not okay to take advantage of their young staff, whatever the economic climate.

*SHOULD SIMON COWELL APOLOGISE?
Do you believe that the makers of X Factor were “not aware” of the four unpaid interns who have been working full-time, on set for the last three months? Will Simon Cowell have an attack of conscience? Or will he continue to ignore the growing anger over this story?