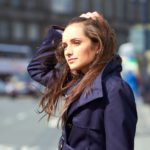 Thousands of decent, law-abiding citizens have today been labelled ‘extremists’  and ‘militants’ in today’s Daily Mail for arguing that a day’s work deserves a day’s pay – and believing it is wrong that 34,000 people have been pushed into working for nothing for up to eight weeks in supermarkets discount stores across the country, as part of the government’s ‘workfare’ scheme.

The Mail on Sunday also launched an astonishing attack on Shiv Malik, the hugely popular Guardian reporter who has been tirelessly exposing the flaws and failings of the government’s Work Programme, in particular the elements that force young people to work for nothing in so-called ‘work experience placements’. The paper criticised the “blanket, supportive coverage of the Right to Work’s campaigns, with many pieces written by Left-wing activist Shiv Malik.”

The MoS also declared that Shiv has been “a controversial figure for more than a decade,” which will certainly make his friends laugh and could even make it onto his headstone. As evidence of this, they have dug up something dumb he wrote about 9/11 ten years ago (when he was 20), a sticky situation he got into protecting a source for a story, and the fact he got punched in the face during the tuition fees protests. Relentlessly earnest, spectacle-wearing Shiv is a good friend of Graduate Fog’s and we can exclusively reveal that he is no anarchist.

Back to the matter of us all being extremists and militants. Today’s Daily Mail says:

“Though only a tiny cabal of extremists appear to be leading the campaign to brand work experience ‘slave labour’, several companies have been sufficiently rattled to announce that they are reviewing their involvement.”

And it quotes Tory MP Philip Davies saying he is disappointed that those dropping out of the scheme had “caved into pressure from a small band of hard-Left militants.” The paper also claims that the Socialist Workers Party is to blame for the bulk of the online outcry, saying:

“…the scheme has been thrown into turmoil by protests led by a campaign group called Right to Work, which ministers say is nothing more than a front organisation for the hard-Left Socialist Workers Party. The SWP advocates the overthrow of capitalism via a Marxist revolution.”

Graduate Fog has never had any contact with the Socialist Workers Party – and does not consider itself an extremist, a militant or a Marxist for asking that the government abides by the law of the land when setting up schemes to try and ease youth unemployment (although being part of a ‘cabal’ does sound kind of fun).

We are one of the many thousands of totally normal, right-thinking members of society who are asking that employers are not given free rein to exploit young, desperate jobseekers for free labour, whatever the economic climate and however keen politicians are to shift them from the ‘unemployed’ list into the ‘in training’ list, as it looks a bit less appalling when the monthly figures are announced.

As we have already seen from the spread of privately-arranged unpaid internships in the last few years, unpaid work solves nothing at all for jobseekers. In fact, it it just makes things worse. While it may look like a quick fix, in the long-term it only serves to move paid work even further out of reach for young jobseekers. It is part of the problem, not part of the solution.

Our message to the goverment is this. Yes, we have a problem with welfare dependency – and yes, we have a problem with youth unemployment. But rolling out a large-scale programme encouraging unpaid work is the solution to neither – and it sends the distorted and damaging message to young people that their labour is worthless, which we all know it isn’t. Find another way.

*JOIN OUR CABAL OF TOTALLY NORMAL PEOPLE!
Are you part of the Socialist Workers Party, a hard-Left militant – or a member of a cabal of extremists? Or are you just a decent, ordinary person who thinks that people should be paid for the work that they do? What do you make of the Daily Mail’s coverage of this scandal?