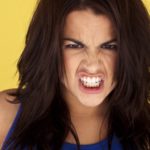 THERE ARE JOBS OUT THERE, INSISTS CONSERVATIVE CHLOE SMITH

A Conservative politician has told fellow MPs that “There are jobs out there,” suggesting that those who are unemployed – including graduates – simply aren’t trying hard enough to secure work.

In spite of gloomy figures released yesterday showing that a third of graduates are stuck in low-skilled roles, Chloe Smith told MPs yesterday:

She added that jobseekers should “take a very clear look around at the opportunities available.”

*Are you trying your hardest to find work?
Do you believe figures showing that there are thousands of unfilled vacancies out there? What do you think of Chloe Smith’s comments?