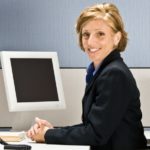 SHOP JOB AT LUXURY FASHION LABEL IS A “LEARNING OPPORTUNITY” FOR OUR STUDENTS, INSISTS UNIVERSITY OF THE ARTS

The university currently advertising a controversial unpaid “intern sales assistant” position at luxury fashion label Balenciaga – which looks like a regular shop job to everyone else on the planet – has refused to apologise, despite outrage from their students and graduates.

When contacted by Graduate Fog, a spokesperson for the University of the Arts insisted that the role contains multiple valuable a “learning opportunities” for their students. The spokesperson claimed it IS in line with their policy on advertising unpaid work placements because the advert does not include mention of set hours and the main objective of the role is stated as to “learn the basic skills in selling.” (By “learning opportunities”, we assume s/he is referring to the chance to “learn how to replenish stock” and “develop product knowledge and provide customer service” as outlined in the advert). We have had no response at all from Balenciaga about the advert.

Last week, the reaction from graduates to our story about the now-notorious Balenciaga “intern sales assistant” was one of unanimous anger and disgust. So why does the university that advertised the role think it’s perfectly fine? Is it a sign that universities are lagging behind their students (hello, customers) on this controversial issue of unpaid internships? Shouldn’t they stop helping companies like Balanciaga by promoting ‘opportunities’ like this to their students? Whose side are they on?

To: Graduate Fog
From: ‘Jobs Online’, Creative Opportunities, University of the Arts London
Date: Monday 21 May 2012

The details of the work placement offered by Balenciaga emphasise the learning opportunities available to the student during their time with the company. The objective of the placement was ‘to learn the basic skills in selling.’ The advert did not state required duties or work or particular hours of work that would have constituted a contract of employment and therefore entitled the student to claim the National Minimum Wage.

Graduate Fog has felt for some time that universities are the weak link the chain when it comes to fighting the spread of unpaid internships. Despite advice from their official body AGCAS – which says they should not advertise these roles – too many universities are ignoring this as it appears to suit their agenda (getting as many of you ’employed’ as possible six months after graduation, even if you’re working for nothing).

They should have posters everywhere, and be running high-profile awareness campaigns so that their students and graduates can join the fight for a fairer deal for interns. Instead, they’re pretty much silent. Their feeble response is that they’ll tell you if you ask – and that they’ve buried a yawnsome page on their website called ‘Graduates’ employment rights’ somewhere at the back of their website (Who’s going to read that?).

Meanwhile, they ignore our requests for help and tell us they’ve done everything they can as the issue is “too political” for them to get involved with (You know who you are). Hmm. It’s almost as if your universities don’t want you to know the facts about this issue. Now, why do you think that might be?

But they can’t keep hiding from us – or ignoring this issue forever. Earlier this year, the NUS pledged to put pressure on universities which continue to advertise unpaid internships – and we are looking forward to an update on the situation shortly. Graduate Fog believes we need to be much, much tougher on them. They’re charging you £9,000 a year – and then telling you to go and work for free? Seriously?)

And word about unpaid internships is spreading – even without their help. As more and more students and graduates discover the truth about unpaid internships – and tell their friends – we look forward to universities’ ‘customers’ asking increasingly uncomfortable questions about why their university feels it’s approprite to promote these (often illegal) jobs to them, as if they’re genuine opportunities for career progression. We all know what they really are – and almighty con. Why won’t the universities just admit it?

*DOES YOUR UNIVERSITY ADVERTISE UNPAID INTERNSHIPS?
Should the University of the Arts apologise for posting the Balenciaga advert, and promoting what appears to be an unpaid shop job as if it’s a genuine opportunity? Did your university do anything to teach you about your rights to pay – and that many unpaid internships are illegal? If you think universities should be doing more, why aren’t they?