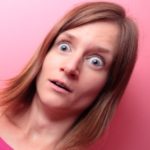 A new survey has shown that the average graduate salary is now £29,000 – leading Graduate Fog to ask where on earth the researchers found these high-rolling young people they polled. Most of the graduates we speak to are overjoyed if they’re offered anything above minimum wage.

It turns out, the number is a median (the middle value), not the mean (true average). But still, what the hell? Where are all these graduates with bulging wallets? Sure enough, the new statistics come from High Fliers, a market research company that questions only the graduates who went to work for high-paying employers in law, investment banking and oil and energy (including Allen & Overy, Deutsche Bank and BP). Ah. So that’ll be a tiny minority then.

For many months, Graduate Fog has questioned how accurate the supposedly official figures are about the true graduate unemployment situation. The last “average” graduate salary we heard of (from the AGR, in January 2012) was £26,000, which also raised our eyebrows. Our beloved universities minister David Willets is fond of telling us that, on average, graduates earn more than £100,000 more in a lifetime than non-graduates – although it turns out this is based on an ancient study which wasn’t very robust even then.

And apparently, most of your universities have an above-90% success rate, when it comes to getting you into work within six months of leaving university. Yet we know that hundreds of thousands of you are doing unpaid (or very low-paid) internships. Those of you on a proper salary tell us you feel lucky if you’re earning more than £20,000, even in London. Graduate Fog’s maths isn’t out strong suit, but does anyone else think these numbers doesn’t quite add up?

Thank God for Paul Mason, BBC Newsnight’s economics editor, who this week drew the Guardian’s readers to the reality of what’s going on. In his brilliant piece The graduates of 2012 will survive only in the cracks of our economy, Paul pointed out why the graduate problem isn’t just about a bunch of over-educated whingers – in fact you are everybody’s problem. A new generation which is finding they can’t get their careers started are proof of a “broken economic model”, he wrote. If you’re part of it, of course that’s tough to hear. But at least somebody is finally talking some sense about what’s really happening here. Now, perhaps our politicians will no longer be able to keep ignoring you – and might even do something to address the problem.

Public sector employers have expanded their graduate intake by 20.8% in 2012. But again, manage your excitement levels please. This is an equivalent of just 400 jobs.

Employers in nine of 14 key industries are employing fewer graduates in 2012. Recruitment at the top consulting firms, investment banks and law firms have been reduced.

Seven out of 10 graduate employers now require applicants to have at least a 2.1 degree.

Applications for jobs have increased by 11% in 2012. Recruiters received an average of 52 applications for each of their new graduate vacancies. This makes application levels 25% higher than they were three years ago, which is put down to the large number of graduates from previous years who failed to find work at the end of their studies. Consumer goods manufacturers, banking and finance employers, retailers and investment banks received at least 80 applications per graduate position.

If you’re still reading, sorry if you’re depressed. It’s not our intention to be the Bad News Bear – really, it isn’t. But we DO think that if anything is going to be done to help job-hunting graduates find work, we need those in a position to do so to have the real facts at their fingertips. And saying that the average graduate salary is £29,000 is just plain ridiculous.

*ARE YOU EARNING £29,000?
Or are any of your friends? Do you agree that the graduate problem is far worse than the official statistics make it seem? Are you hopeful about finding well-paid work – or have you lowered your expectations about how much you’ll earn? Do you worry about how you’ll afford to buy a house and start a family in a few years’ time?