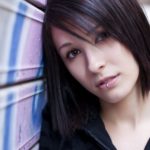 A REWARD FOR GRAFTERS – OR A PENALTY FOR THE POOR?

Graduates who intern for three months after university add an average of £1,500 to their starting salary when they eventually begin their first paid job, new research shows. As most internships are now unpaid (you tell us), this creates an interesting question…

Is a bigger salary a fair reward for those who have survived long periods of unpaid work? After all, many will have suffered real hardship during this period – not all interns are ‘rich kids’, remember. Their internship may have pushed them into debt – so this higher salary might give them the chance to pay some of it off. Or is it a double injustice for those who can’t afford to intern unpaid? Not only are these graduates locked out of vital opportunities necessary to break into their chosen industry – they will also have to settle for a smaller salary when they start earning in whatever job they ‘settle’ for.

The survey found that graduates who take a (usually unpaid) internship of three months secure an average starting salary of £19,400 when they enter full-time work. However, graduates who are forced to go directly into a full-time paid role from university — because they can’t afford to intern — start on an average salary of just £17,900.

The study comes from controversial recruitment company Inspiring Interns — which quizzed 350 graduates who left UK universities between 2011 and 2012.

As previously reported on Graduate Fog, Inspiring Interns receives up to £500 a month from companies who employ interns from their database, while the intern themselves receives as little as £200 a month for their work — well below the minimum wage.

Predictably, Ben Rosen — the company’s chief executive and arch enemy of Graduate Fog (all wave to his legal team at Kuits Solicitors) — seemed to miss the point entirely. He appeared to see these results as proof of the all-round fabulousness of internships (paid or not) – and stressed what a fantastic investment unpaid work can be for graduates. Rosen gushed to Computer Weekly:

“These statistics confirm the importance of work experience in the current employment landscape, Employers are no longer only interested in a graduate’s degree.

“Internships serve as a vital bridge between university and the job market, giving graduates the chance to expand their skills and demonstrate commercial excellence.

“Graduates should take heart that a placement on a graduate scheme no longer represents the only route to success in the graduate job market. Internships, both paid and unpaid, offer an important and credible alternative.”

“While this is good news for those who have struggled to survive during their unpaid internship (or several) often over many months, they should not forget that however tough it’s been, they are the lucky ones. Remember, it is the vast majority – not the small minority – who can afford to work for months for free. Rewarding interns who survive this horrific ‘test’ sends all the wrong messages. Whatever their background, graduates who are doing a proper job should be paid a proper wage – end of story.”

*IS IT FAIR THAT FORMER INTERNS EARN MORE THAN EVERYONE ELSE?
Is a short period of unpaid work a small price to pay for a better salary when you do start earning? Has your unpaid internship proved to be a good investment? If you can’t afford to intern unpaid, how do you feel about hearing you will start on a lower salary than your friends who can? Are unpaid internships really a ‘credible alternative’ to paid graduate positions?