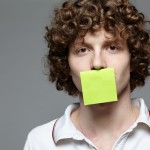 MAGAZINE PUBLISHER, AUCTION HOUSE AND TECH GIANT PAY OUT — BUT WE CAN’T TELL YOU WHO THEY ARE

Three big companies have written cheques totalling nearly £3,000 to a group of interns who challenged them for failing to pay the minimum wage for their work — but we can’t tell you who they are. Following extensive correspondence involving lawyers, two of the interns are now too afraid to speak out publicly – and one has even been warned that talking about the case publicly could see THEM facing legal action for defamation.

However, Graduate Fog can exclusively reveal that the companies are are a major magazine publisher, a well-known London auction house and a technology giant. The payouts were £700, £1500, and £500 respectively and relate to internships which took place between January 2011 and July 2012 and lasted a minimum of two weeks.

All three graduates say their internships involved set hours, set responsibilities and they were doing lots of real, valuable work (as opposed to just work shadowing). As regular readers of Graduate Fog know, this is very likely to make them ‘workers’ in the eyes of the law and means they should have received at least the minimum wage (now £6.19 an hour for over 21s). Employers must pay this wage — and interns do not have the right to waive it, even if they say they are happy to work for free.

The pay-outs are the first victories for Graduate Fog’s Justice for Interns campaign, run in partnership with the pressure group Intern Aware. With the help of a lawyer, we have been drafting legal letters for former interns to send to their employers, demanding payment for their internships. We had hoped to be able to release the names of the employers who paid out, but as the companies have not accepted liability despite handing out the cash, we – and the interns – are nervous about doing this for legal reasons. One employer has even used a gagging order to hush up their former intern.

One of the interns was paid back pay — but the other two were offered financial settlement awards. The employers refused to admit formally that the interns should have been paid wages during their internships — but they instead offered these payments to avoid the interns taking the matter further.

While it’s frustrating that we can’t reveal the names of the companies involved, we are taking their heavy-handed response as a major victory for the interns’ rights movement. It is a sure sign that these employers are rattled — and finally realising how serious the issue of unpaid internships is. Why else would they be so controlling when making payments that — to them — are pretty small? If our interns really had no case, why would these companies pay them any money at all?

These companies want to silence their former interns — because they know that if all their fellow interns start demanding back-pay on a massive scale, they could be forced to pay out tens of thousands of pounds in lost wages, as many companies have been using multiple interns for years, as the practice has gone un-checked. We suspect they are also concerned about bad publicity as this is such an emotive issue for young people.

So what next for the Justice for Interns campaign? We are changing our tactics slightly — so that the next time we have a victory we WILL be able to name and shame the company that’s paying out. We still need former interns to come forward and give us all the details of your unpaid internships — but the next set of letters will come from Graduate Fog and Intern Aware, not from you. That way, the company will not be able to hush anything up. Game on.

*HAVE YOU INTERNED FOR A BIG BRAND OR A FAMOUS PERSON?
Or do you know someone who has? You may be owed several thousand pounds for your work — even if your internship ended a while ago. Drop us a line here to tell us your story and we’ll explain how Justice for Interns works. There is no obligation to take your case any further and all emails received will be treated in strictest confidence.