We won! Tony Blair agrees to pay his interns 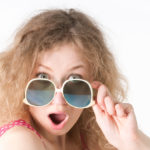 From today Tony Blair will pay all interns working in his profit-making businesses where they are doing placements of three months or more, his office has announced.

The statement came in response to growing public pressure after the Guardian announced that the former prime minister could face an investigation by tax authorities HM Revenue and Customs, when Graduate Fog’s evidence was passed on to officials. The statement from a spokesperson said:

“Over the past 5 years the Office of Tony Blair has had a small number of voluntary interns gaining work experience in the organisation. The vast majority came to us at their request, unadvertised for voluntary work. Of those, a number have since become full time paid employees with us. We have also always acted on legal advice in respect of any intern.

“Nonetheless from now on, if we do have interns for an extended period i.e. around 3 months, we will pay them the National Minimum Wage.

“Two of the charities do have voluntary intern programmes. As independent charities they pay expenses.”

Okay – we know it’s not perfect. The implication that internships of less than three months could still be unpaid – while involving real work – is not good enough. The insistence that the fact that all these internships are ‘voluntary’ (is there any other kind of internship? Compulsory?) will wind up many of our readers. And the fact that interns at Blair’s charity will still be unpaid is not ideal either.But come on, this is a still big win. Don’t forget, this is not a man who often admits that he is wrong… As Graduate Fog’s founder Tanya de Grunwald told the Guardian:

“This is a major victory for interns — and it proves that they have more power than they think they do.

“This is the latest in a string of cases where high-profile employers have either changed their policy on unpaid interns or awarded back pay to their young workers retrospectively as a result of our naming and shaming.

“Public concern about youth unemployment means it is becoming increasingly embarrassing for big brands of famous individuals to be caught using unpaid interns for extended periods and we are determined to exploit their fear of bad press.

“With Twitter and Facebook these stories can spread in minutes — and the nature of the internet means they can never be erased. As more interns are now coming forward to tell us their stories, big employers who have been using unpaid interns should be very worried indeed.”

However, Gus Baker from Intern Aware queried why Blair wasn’t paying all his interns. “While it is good and welcome that Blair has relented and agreed to pay the interns in his private office, he still reportedly does not pay those working for his charity:

“Failing to pay at least the national minimum wage isn’t just unfair on interns who are asked work for free, it excludes those who can’t afford to. Tony Blair should know better and pay all his interns a fair wage.”

*WHAT DO YOU MAKE OF TONY BLAIR’S CHANGE OF HEART?
Are you pleased he has changed his policy – or do you still want HMRC to investigate? Should he pay all his interns – including those working at his charity, and those who work for less than three months? Why do you think he changed his policy on interns? Is the fear of bad press the best way to scare employers into paying their young staff a fair wage? Or should the government be pursuing cases with fines and prosecutions?