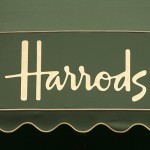 BUT WAS IT REALLY AN “ISOLATED INCIDENT” AS THEY CLAIM?

Harrods has become the latest big brand to award back-pay to a former intern as part of our Justice for Interns campaign. The £1,800 payment means Graduate Fog and Intern Aware have now won more than £10,000 in wages for former interns since the start of 2012.

The luxury department store told the Guardian this was an “isolated incident” that resulted from the intern being “misclassified” as a volunteer. But Graduate Fog has exclusive evidence which suggests that unpaid interns have been doing real work at Harrods for several years.

But back to 2012 for now. The University of Westminster marketing graduate worked at the luxury department store for three months this summer. Last month, she was sent a cheque for £1,802.72 for 276 hours’ work at the minimum wage plus £124.64 accrued holiday pay. Following the payout, a spokesman for Harrods told the Guardian:

“Harrods can confirm there was an isolated incident involving one intern whose job specifications were altered after their line manager had moved internally within the business.

“Having acknowledged the change in job responsibilities it was agreed the individual was classed as a ‘worker’ rather than intern, therefore the decision was made to offer full back-pay for the time they had spent within the business.

“A comprehensive review of our internship policy had commenced before this intern had joined the company, and we are still in the process of this review.”

The world-renowned London store, which last year made a pre-tax profit of just over £125m, later told the Guardian it was comprehensively reviewing the unpaid internship scheme that operates at its flagship Knightsbridge property.

Harrods was sold by Mohammed Al Fayed in 2010 to an investment trust of the Qatari royal family for a reported £1.5bn. It has substantially increased profits in the last two years, bucking recessionary trends in retail.

The intern told the Guardian that during her internship she helped the store to prepare for the opening of its Toy Kingdom. She claimed interns were brought into the company on a rolling basis to help with regular tasks. Though grateful for the experience, the marketing graduate said she became increasingly frustrated when two weeks’ worth of travel expenses, which Harrods said it would reimburse, were left outstanding:

“I wasn’t getting a response [from Harrods] so I went online to see if any other interns were having the same problem. It wasn’t until then that I saw [that] as an intern I’m meant to be being paid.

“Harrods is a well-established company. They’re making enough money to give interns the minimum wage.

“A lot of interns are doing [this] for experience and they’ve realised that you should … and can be paid.”

Following two landmark cases in employment tribunals that found in favour of unpaid interns, a series of companies — including Arcadia, which runs Miss Selfridge — have paid thousands to interns. Gus Baker, co-director of Intern Aware, said:

“We were delighted to get an intern’s money back from Harrods. Thousands of young people can’t work for free. Companies need to abide by minimum wage laws to give talented graduate a chance.”

Graduate Fog is also thrilled at the news that yet another big brand has been force to admit publicly that they should have paid young members of staff who they allowed to work for free as ‘interns’. However, questions remain about whether this case really was an “isolated incident”.

*WAS THIS REALLY AND “ISOLATED INCIDENT”?
Have you worked as an unpaid intern at Harrods? Were you doing real work, or were you just work shadowing? What do you make of Harrods’ claim that this was an “isolated indent”? If you have worked for Harrods – or any the big brand – as an unpaid intern and would like to claim back pay, please Contact Us. 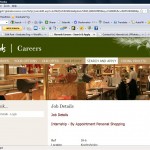 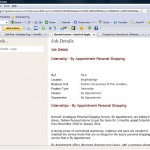 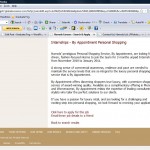 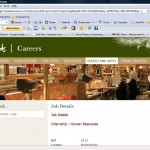 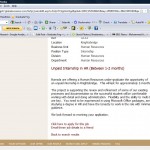 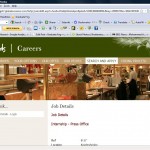 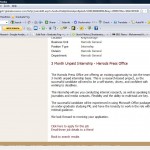