Can’t afford to intern unpaid? Just pick up the phone and complain! 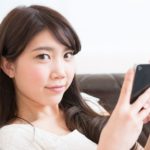 Graduates who spot adverts for unpaid internships which appear to involve real work but pay less than the minimum wage can now report them to officials, politicians have announced.

Previously, only those who did unpaid internships could report their employer retrospectively, after their placement ended. This left the hundreds of thousands of young people unable to afford to work for free with no way to register their distress and frustration at being locked out of crucial opportunities which have become a must-have before being considered for many paid, permanent roles.

While it remains legal for employers to advertise roles that look dodgy, officials have promised to investigate all cases that are reported to them, in a bid to crack down on employers who break the minimum wage law and take advantage of young people who are so desperate for experience they are willing to work for free. It is not yet clear what will happen in these cases, but we assume that employers will be warned against running the internship, as that would be illegal.

The Department for Business, Innovation and Skills (BIS) says it is planning to take more aggressive steps to clamp down on those who offer unpaid internships, following years of criticism from campaigners – like Graduate Fog and Intern Aware – that is has not done enough to protect the young people who do unpaid work from being exploited and those who can’t afford to do them from being excluded. BIS says that over the coming year it will launch a social media campaign, publish a student handout and encourage people to name bad employers for investigation.

The news came as it was announced that in the last year HM Revenue and Customs (HMRC) has helped 167 people who identified themselves as interns, volunteers or work experience workers claw back nearly £200,000 in unpaid wages. They seem to think this is a lot – but readers of Graduate Fog will know that 167 is only the tip of the iceberg, as it is estimated that over 100,000 graduates intern unpaid every year. Hundreds of thousands more are excluded from these placements – which often last several months – simply because they can’t afford to work for free.

In a letter to Labour MP Hazel Blears, the employment relations minister Jo Swinson said the government would produce a booklet to make graduates aware of their employment rights in time for this summer, when hundreds of thousands of UK students and graduates are expected to start hunting for work experience placements, which can last — unpaid — for many months.

The Lib Dem minister also confirmed that calls involving unpaid internship abuse made to the government’s pay and work rights helpline would be fast-tracked and that those being exploited could claim back pay for placements from the previous six years. Would-be future interns would also be asked to report possible employment abuse if they see adverts for long term unpaid positions, she said.

In a letter that went out earlier this month, Blears — who earlier this year called for it to be made illegal to advertise unpaid internships — urged her fellow MPs to stop advertising the positions because they were “taking advantage of the drive and commitment of young people”. She said that expecting them “to live and work for free is exploitative, unfair and just plain wrong”.

Speaking to the Guardian, Blears pointed out that unpaid internships had recently been advertised by members of all parties, most prominently Simon Hughes, deputy leader of the Liberal Democrats. She warned that it could be only a matter of time before an MP was sued under national minimum wage laws for using unpaid labour.

However, Blears said she believed progress was being made. “I think we are seeing progress in terms of culture change,” she said, adding that there had been a drop in overall numbers of unpaid placements being advertised for MPs. “All of that pressure is having an effect,” Blears said. Jo Swinson added:

“The law on the national minimum wage is clear. If somebody on a work experience placement or internship is a worker under NMW legislation, then they are entitled to the minimum wage. Internships can be a valuable way of helping young people get into work and realise their ambitions. Anyone who feels they are being exploited should contact the Pay and Work Rights Helpline on 0800 917 2368. Their call will be fast-tracked to HMRC who actively investigate any claims of NMW abuse.”

Graduate Fog welcomes this move, which finally empowers those who can’t afford to work for free to fight back against employers who refuse to pay their young staff a fair wage for their work. Remember, if you see an advert that appears to involve real work, set hours and set responsibilities and the employer is not a charity, it is likely that the internship is illegal and you should report it. Graduate Fog will be following this development closely, so if you report and internship, please keep all your correspondence and contact us to let us know what happened.

*IS IT ABOUT TIME THE GOVERNMENT GETS TOUGH OVER INTERNSHIPS?
What do you think of the politician’s promise to do more to clamp down on employers who exploit their interns – and exclude those who can’t afford to work for free. If you’ve interned unpaid, will you consider reporting your employer? And if you can’t afford to work for free, will you start reporting adverts you see that appear to break the law?