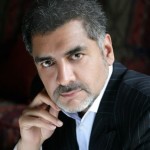 The government’s new social mobility czar – hired by Nick Clegg – has recruited unpaid interns in the past, Graduate Fog can exclusively reveal.

We know that the multimillionaire and former Dragons’ Den star James Caan has publicly advertised for at least one unpaid internship – because we squared up to him about it at the time.

The advert for the three-month James Caan Foundation Internship – coming in at almost 1,000 words – was posted in August 2010. Despite having clear responsibilities, the position’s salary was stated as ‘none’.

The legal situation is murkier around internships at charities than other organisations – as they can claim that unpaid interns are ‘voluntary workers’ who need not be paid the minimum wages. However, unpaid placements at third sector organisations have been widely criticised for excluding those who can’t afford to work for free and many – including Labour MP Hazel Blears – have called for the law to be tightened to ensure that these vital opportunities are open to all.

Now, the charity sector – along with fashion, media and politics – is considered to be one of the most exclusive and difficult industries for graduates without significant financial support to enter.

Graduate Fog accepts that the internship was advertised some time ago – but what is concerning is that James Caan’s spokesperson – his daughter Hanah – seemed not even to understand our concerns about the role being unpaid. Instead, she merely stressed that legally her father seemed to be on solid ground, reminding us that:

“…workers employed by charities, voluntary organisations and associated fund-raising bodies are not entitled to the national minimum wage.”

Nice. Neither Hanah – nor James – apologised or agreed to reconsider the terms of the appointment. Still, we like to give people – even tight-fisted multimillionaires – a second chance. So this morning, we emailed Hanah again:

I was interested to read that James Caan has been appointed as the government’s new social mobility czar.

You may remember that we emailed back in 2010 about an internship at the James Caan Foundation that was advertised as paying expenses only:

Dragons’ Den multimillionaire wants you to work for free

Can you clarify whether James has subsequently changed his policy on using unpaid labour?

We will let you know when we hear back…