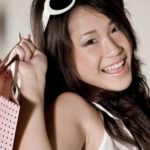 At Google’s headquarters, the stereotype of the overworked and underpaid intern doesn’t seem to apply. The average intern working at the tech giant’s California base, makes around £3,900 dollars a month. Those on more specialist internships, such as software engineers, get paid as much as £4,300 month. By contrast, UK interns ‘lucky’ enough to earn  the minimum wage are paid a puny £1,000 a month.

And Google didn’t even top the list of best-paying internships. According to data from the job rating company Glassdoor, Microsoft bagged top place for paying its research interns a whopping £7,400 a month. Amazon also rates highly, paying interns more than £3,700 a month.

With interns at Google usually working for three months, the average salary is $20,000 (£13,000) for a stint at the company’s California headquarters. And they may find it hard to actually spend any of their salary, as included in the deal is free housing, food, gym membership and even use of the company’s bowling alley. University of Illinois student Rohan Shah, 20, who interned at Google, admitted he was treated to free corporate housing, free shuttle buses to get around the company’s headquarters – as well as endless free food from Google’s canteens. Scott Dobroski, from Glassdoor, says giants like Google are willing to pay huge salaries to attract the best candidates, especially in the technology sector:

“It’s not that surprising that interns at a company like Google are getting paid so handsomely. The war for tech talent continues to rage on.”

For graduates looking for a job, this highlights what a massive gap there is in the intern pay culture. Giants like Google and Amazon are willing to pay top whack to attract the best graduates. But what about their friends, who aren’t quite so lucky? Is it fair that some interns earn £7400 a month – while others earn nothing at all?

*DO YOU KNOW ANY INTERNS MAKING CRAZY MONEY?
Is it a myth that all internships are poorly paid? Which internships pay the best, in your experience? Is it fair that the difference in salaries is so huge, at such an early stage in your career? Would it be more sensible if all internships paid a standard salary, somewhere in the middle?