Dying to get ahead: Moritz Erhardt, the intern who burned out too young 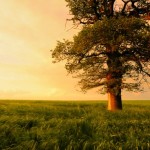 Graduate Fog was shocked and sad to hear of the death of Moritz Erhardt, a summer intern nearing the end of his seven-week placement at Bank of America Merrill Lynch in London. Friends have said that Moritz – who suffered from epilepsy – was desperate to impress his bosses in the hope of securing a permanent position with one of the big banks in the future.

While the details remain unclear, several of Moritz’s friends have spoken out about the 21-year-old German’s physical state at the time of his death. The official cause is not yet known, but friends say Moritz was working “crazy hours,” and may have worked as many as eight “all-nighters” in the fortnight before he died. All the evidence suggests that Moritz must have been exhausted at the time he died.

Unlike many of those who follow Graduate Fog, Moritz was lucky enough to be paid for his work – and paid well. (Pro rata salaries for City internships tend to work out at around £40-50,000). The total dedication he felt he was expected to demonstrate (including round-the-clock work) was also more extreme than most interns will feel. But many low-paid interns who work less long hours in industries far from the City will still feel huge empathy and sympathy for Moritz. Why? Because they know how it feels to be desperate to impress bosses and get your career started at any cost.

Nobody likes to think of themselves as vulnerable, but interns are. This is largely down to the unique and extreme power imbalance between between an intern and their boss. Both parties know that internship is effectively an extended interview. Do well, and you might get a job here. Screw up, and you’re out. Interns know their performance is being assessed constantly. They also know how valuable the opportunity is – and that hundreds of others will rush to fill their place if they quit.

For many, their internship is also their first experience of the workplace. While some interns are pretty savvy, others are less well equipped to know when an unreasonable demand is being placed on them. They are also less likely to feel empowered to say No to any such demand.

Unsurprisingly, Merrill Lynch warned journalists against making snap judgements about what happened until all the facts are known. John McIvor, head of international communications, said:

“All the rumours and comments are just that, we will have to wait and see what the post-mortem examination says. We are deeply shocked and saddened by the news. He was popular amongst his peers and was a highly diligent intern at our company with a promising future.”

We do not need a new framework for protecting City interns – or any interns, for that matter. We do not need new laws. What we need is for managers in all industries to take full responsibility for their staff, whatever their age, and whatever stage they’re at in their career. If someone is so exhausted they are unfit to work, they should be sent home. Interns, like all staff members, must have a designated manager, keeping an eye on them. Not just on their work, but also their health and fitness to work. We are not naive. We know City bosses are not soft, cuddly types. But they are not monsters. Surely even they will reflect for some time on the death of a 21-year-old who was so desperate to impress them that he was prepared to risk his life.

*DO YOU SYMPATHISE WITH MORITZ ERHARDT?
Do interns feel under constant pressure to impress? Have you ever been so desperate to impress that you worked all night, or undertook a task you’ve since realised wasn’t a reasonable request? Or are you a City intern struggling to keep pace with the long-hours, high stress culture? Tell us your story below