Does a bad candidate experience damage your view of that brand? 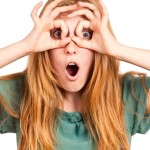 If you apply for a job at a well-known company and they never reply, does it make you think less of that brand? If you travel miles to an assessment day (paying your own travel expenses) – and then they reject you without any proper feedback, how do you feel? Will the graduate made to dance at his Currys interview rush to buy his new TV there? It seems unlikely.

Graduate Fog often hears from applicants who are underwhelmed by the way they have been treated by once-favourite brands. And it seems businesses could be alienating thousands of customers through poor recruitment practices which leave candidates feeling rejected, taken advantage of – or simply ignored.

A new survey by Monster.co.uk found that 84% of jobseekers said that the job application process “often or sometimes” negatively impacts their view of the company. Of those affected by poor recruitment, 82 per cent of respondents felt this way because they had not received a response to their application and 68 per cent because they had not received constructive feedback. Other top complaints were poorly written job adverts, a lack of information about the company and unfriendly or unhelpful staff.

Of those affected by bad recruitment practices, 63% said it would make them less likely to use the company’s products and services in future. And disgruntled applicants like to spread the word – more than two thirds (68%) said they would let friends and family know about their negative experiences. A fifth said they would share their gripes about the brand via social media. Sinead Bunting, Head of Marketing at Monster.co.uk, says:

“It is worrying that so many employers still don’t realise the potential impact of a poor recruitment process on their brand. Job seekers are also consumers and by failing to respond, acknowledge or engage with them, employers could be losing out on valuable custom.”

And it seems the reverse is true – a good candidate experience increases a jobseeker’s positive feelings about that brand. Jobseekers are most impressed by a timely response to their application, receiving constructive feedback, the ability to apply online and well-written job adverts.

Following positive recruitment experiences, 65 per cent of those affected said they would tell friends and family about their experiences and 51 per cent would be more likely to use a company’s products or services.

What do you think? Have you ever had a poor experience with a big-name brand? What happened – and did it make you feel differently about them? Did you slag them off to your friends and family – or do you tweet your disappointment? If you’ve been lucky so far, would a disappointing candidate experience made you less likely to buy that brand’s products or services in future? Would you like to see all employers treating jobseekers with a bit more care, courtesy and respect? Tell us what you think below!