Revealed! What employers REALLY think of your degree 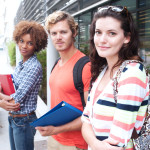 WE DON’T CARE WHERE YOU STUDIED, CLAIM BOSSES

Graduate employers have revealed crucial secrets about how they compare candidates’ degrees when assessing which applicants to invite for interview. The good news is that the university you studied at is less important than you might think.

QUICK! Have you got your copy of our must-read guide yet? 25% off TODAY!

It also clashes with the commonly-held view among graduates that employers are too hung up on the prestige of the university where you studied, and that there is a ‘golden’ list that the top employers hire from. This idea was backed up by social mobility experts, including Dr Lee Elliot Major, research director at the Sutton Trust, who said:

“We know that many of the big companies — the big recruiters — have increasingly small lists of universities from whom they pick potential employees. There are some signs that in the current recession, recruiters are actually shortening their university list. So for this particular generation coming out of university now, it’s an even bigger issue.”

And there was more good news for graduates – this time for those wondering whether their degree was worth the investment. Nationally, half of employers (49%) said they are more likely to favour a university graduate over someone without a degree when recruiting. When asked how much they would pay a graduate and a non-graduate working in two identical roles, nearly one in five (18%) said they would pay a graduate more, despite the job being exactly the same. In London, a quarter (25%) said this.

*DO EMPLOYERS REALLY NOT CARE WHERE YOU STUDIED?
What do you make of these findings? Are employers telling the truth about not minding where you studied – or do you suspect they’re more snobbish than they admit? What do you think is the most important factor, when your CV is being assessed?