Are bosses who hire unpaid interns evil or ignorant? 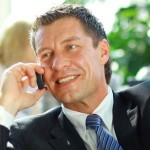 Are bosses who employ unpaid interns evil – or ignorant? That’s the question being asked after a fascinating new research by Monster.co.uk found that the majority of employers claim to understand the law on internships – yet more than half of interns say they receive less than the minimum wage for their work.

While MP Hazel Blears said this mismatch was clear proof that many employers “knowingly breach the rules” on internships, Graduate Fog thinks there is another possibility too. Could some employers think they understand the law on internships – when actually they don’t?

The new survey by Monster.co.uk – the first UK jobs website to ban adverts for unpaid internships – found that more than more than eight in ten employers (84%) claim they understand the law on unpaid internships. Yet when they spoke to interns, four in ten (41%) said they received less than the minimum wage during their placement. (A quarter (27%) said they were paid expenses only, while 14% said they received nothing at all.)

Hazel Blears, Labour MP for Salford and Eccles – who launched a paid internship scheme in Parliament and has been leading the campaign against unpaid internships in the House of Commons – said:

“The survey confirms that internships can be really useful for both young people and employers.The fact that nearly nine out of ten employers believe interns make a positive impact on their business is telling.

“Unfortunately many of these employers remain happy to get something for nothing when it comes to paying interns and the survey shows that they knowingly breach the rules around the National Minimum Wage.

“I want to see more employers taking a stand against unpaid internships as Monster has done, but I also want to see the Government doing far more to take action against those which continue to break the law.”

Although Graduate Fog agrees that many employers do willfully break the law, we think the true picture could be more complex than Hazel assumes. Since this website launched, we have named and shamed dozens of employers caught exploiting their interns. Yet, when challenged, many swore blind they were doing nothing wrong and were even happy to confirm the facts in lengthy emails to us.

Often, they believed that because they worked unpaid at the start of their career (usually not for long), it was legally okay to ask interns to work for months unpaid. Many genuinely believed that the (perceived) value of the experience was adequate payment for the placement. Still others refused to believe that unpaid internships are illegal – simply because abuse of the law is so common. (“Everyone else is doing it,” they reasoned.)

Graduate Fog has identified what we believe to be the five core groups of employers:

e) Those who suspect it might be illegal not to pay their interns – but who choose not to investigate further, believing ignorance is a defence

We think it’s a fascinating subject, but we think it’s you – Graduate Fog’s readers – who are in the best position to explain what’s going on. How do you explain the gap between what employers say they understand about the law on internships – and the large number of interns who say they receive less than the minimum wage for their work? What do you think of our five groupings? What percentage do of employers do you think fall into each group? And are there other groups we haven’t thought of?

*WHY DO YOU THINK SOME EMPLOYERS DON’T PAY THEIR INTERNS?
Don’t they know the law – or do they just not care? If you’ve interned unpaid, did your employer definitely know that having you work for free was illegal? Does more need to be done to raise awareness among employers about the law on internships? If so, whose job do you think this is? Please post your comment below – thanks!