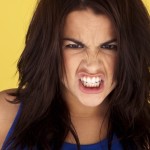 LAWYERS AND RESEARCHERS BAN US FROM PRESENTING THE BASIC FACTS

Graduate Fog’s founder Tanya de Grunwald was dropped hours before a planned TV appearance on Friday’s BBC Breakfast – after she refused producers’ requests to tell viewers that unpaid internships can be a really good thing.

If you saw the segment – which aired around 7.45am – you probably noticed that the standard was weirdly poor. We can reveal that this was the result of an eleventh-hour scramble in which Breakfast’s producers and lawyers appeared to lose their nerve on reporting the basic facts about the law on unpaid internships. At one point, Graduate Fog’s founder Tanya de Grunwald was asked to avoid all mention of the fact that many unpaid internships are illegal, and to tell viewers that unpaid internships are actually a good thing (yes, seriously). Just a few hours before the show aired – when Tanya was already on her way to the BBC’s Salford studios (near Manchester) – a BBC producer wrote in an email:

“Also we cannot infer that… any employer is breaking the law by not paying interns — this has been absolutely specified by the BBC duty lawyer. We are asking you to comment on the wider point about whether internships should routinely be paid regardless of current law.”

When Tanya explained that many employers ARE breaking the law by not paying their interns, and it’s important to be clear to viewers about that, the producer insisted that she had been advised by the BBC’s duty lawyer that this “claim” was only an “opinion”. Tanya explained the minimum wage law in detail, but the producer was unconvinced.

Instead, she asked that Tanya stuck to discussing the “general” issue of internships – and say something about how unpaid internships can be a really good thing, as they add some great experience to a young person’s CV. Tanya refused.

An hour later – 10 minutes before Tanya’s train arrived in Manchester – the producer left a voicemail saying she was “terribly sorry” but the “editorial decision from on high” was that “we won’t be able to proceed with the interview as planned tomorrow morning”.

The muddle seems to have happened after the programme’s makers were unable to make up their minds about the angle of the story. The original ‘hook’ was some fascinating new stats from job website Monster.co.uk.

But in the day before the show aired, the nature of the piece changed wildly. The producers decided to interview former Miss Selfridge intern Emily Wong. Then Arcadia boss Sir Philip Green rang the programme himself to give a statement about his company’s policy on internships. Monster’s spokesperson was in, then she was out. Tanya was lined up, and then dropped. The final coverage was a big mess.

The presenter (who even was that guy?) fudged the facts and missed the point. There was no discussion about Monster’s new statistics, Emily was presented as an isolated whinger (“She’s been telling BBC Breakfast why she thinks interns should get paid…”) and Sir Philip Green’s statement was binned. Did anyone get the point of any of it? If so, please enlighten us below. The only value we could see was one of comedy, watching diminutive Labour MP Hazel Blears perched on what appeared to be a bar stool. (In fairness, she did a good job – but they didn’t half make her look silly).

This is not the first time that Graduate Fog has criticised the BBC for its sub-standard coverage of the issue of internships.

First, there was the dreadful BBC Breakfast interview with campaign group Internocracy’s fabulous Becky Heath, who was addressed as if she was a nine-year-old asking for a pony (rather than a young, professional woman asking for a fair wage for her work). Then when former intern Sophie Cullinane and Savvywoman founder Sarah Pennells made a storming appearance on BBC News, the presenters ended the interview by making patronising wisecracks to each other about whose turn it was to make the tea.

Like the rest of the media, the BBC has a responsibility to present the facts to its audience. Every other news provider seems to be able to get the facts right about internships, and present accurate, fair, insightful coverage. The Guardian, Telegraph, Daily Mail and Channel 4 News are particularly good. So, why does the BBC minimise and trivialise this important issue which affects hundreds of thousands of young people every year?

*SHOULD BBC JOURNALISTS TAKE INTERNSHIPS MORE SERIOUSLY?
What did you think of Friday’s show? Are you surprised that this website’s founder was banned from stating on air that many unpaid internships are illegal – and asked to say they are a good thing? Which news programmes and newspapers do you think do the best job of reporting on the issue of internships?